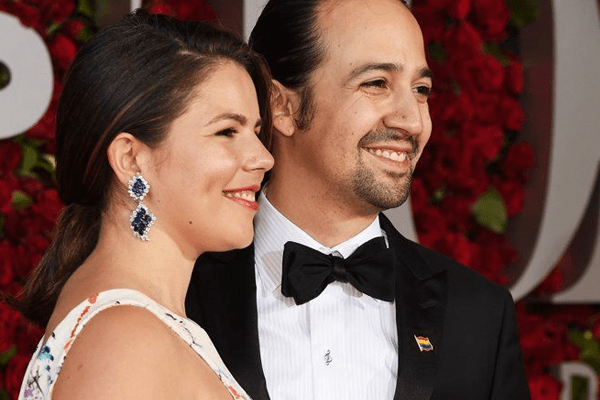 We have all fallen in love with the adorable power couple Vanessa Nadal and Lin-Manuel Miranda for all the right reasons. They are most certainly couple goals! Known to be one of the cutest celebrity couple Vanessa and Lin-Manuel has face it all together and still stand strong. How is their married life going on? Let us find out!

Lin-Manuel Miranda who is known best for his work on the Broadway musical Hamilton got married to the cute lawyer and scientist Vanessa which seemed like a very unlikely thing to do for a celebrity. However, the love roots back a long time before the couple was married. Vanessa and Lin-Manuel met each other at Hunter College High School. Miranda was two grades elder than Vanessa and he found her cute and smart.

As they went on with their respective lives both of them developed their careers. The couple met and began dating in 2005. After a five-year relationship, the couple decided it was best for them to get married on 5h September 2010 since everything seemed to be going smoothly.

Lin-Manuel revealed that he had a huge crush on Vanessa while in high school! In a twitter post with Vanessa’s photo, Lin captioned revealing the cute secret saying “I had a crush on V in high school like everybody else.” He also adds that he is amazed to find out every day that he is married to her.

The couple has come a long way and look still very much in love. Together, the couple went on to have a son named Sebastian Miranda in November 2014 who is as adorable as both of them are. The couple is not only exceptionally good at their respective professions but is also remarkable parents to their kid. Lin is often seen posting pictures of Vanessa and their son.

Despite the hectic schedule, the couple makes the best of their efforts to raise their son to be as responsible as themselves. The very beautiful Vanessa is busy with her work as a lawyer while Lin-Manuel is often outside performing.

The couple has found a perfect balance in their personal and professional life. They have been doing exceptionally well and have not undergone any significant disputes. We wish the best for the entire family.


Oof, this one was a ride to make!
The Unrequited Mixtape: for being all up in your feelings. Enjoy! https://t.co/P5LeUB6hjK

Oof, this one was a ride to make!
The Unrequited Mixtape: for being all up in your feelings. Enjoy! https://t.co/P5LeUB6hjK