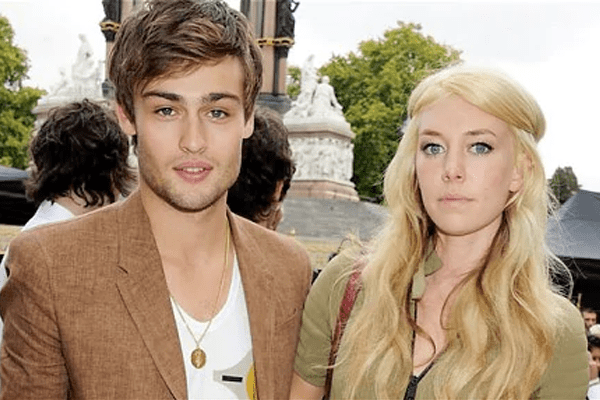 The UK beauty, Vanessa Kirby has made many Hollywood associated boyfriends time and on. She is accustomed to hanging with A-list stars which means she has access to all the hot hunks of the acting industry.

Vanessa was previously in a relationship with British actor, Christian Cooke. The couple began dating in 2009 and gave us relationship goals sadly only till 2011. The couple shared a brief 3 years of togetherness before breaking our hearts. We thought Kirby would take some time away from dating but to dismay, she went on to jump on to her next boyfriend!

Who may you ask? Of course the Hollywood’s hottest hunk, Douglas Booth. The couple met on the sets while filming Great Expectations. Although we did not have great expectations of the two falling in love, the couple proved us long.

Vanessa began dating Booth the same year she broke up with Cooke. There were rumors that the cause of the separation of Kirby and Cooke was Booth. However, the rumors have not been accounted to.

However, the awkwardness began when Christian Cooke and Douglas Booth were to share a scene together. Cooke called to ask Kirby if the two had been dating. Kirby replied that they were and in is response Cooke said that it was going to be awkward.

Kirby had always been very passionate and desperate of Booth. In order to check that Booth and his co- star Hailee does not turn into real life couple as their on-screen pair, Kirby flew over to Italy to meet her boyfriend, Booth.

Although Hailee and Douglas Booth did not end up becoming a real-life couple, the relationship between Kirby and Booth eventually faded. The couple separated in 2013 which left Kirby broken hearted this time.

While Booth is busy dating singers and actresses, Kirby is single and says that she is trying to date her own self and takes herself out to ‘art galleries’ and strolls around in London. We wish the exceptional actress all the happiness in her life.

Should our loyalties always lie with our own flesh and blood? TheCrown pic.twitter.com/Y76bD4zxan

Should our loyalties always lie with our own flesh and blood? TheCrown pic.twitter.com/Y76bD4zxan