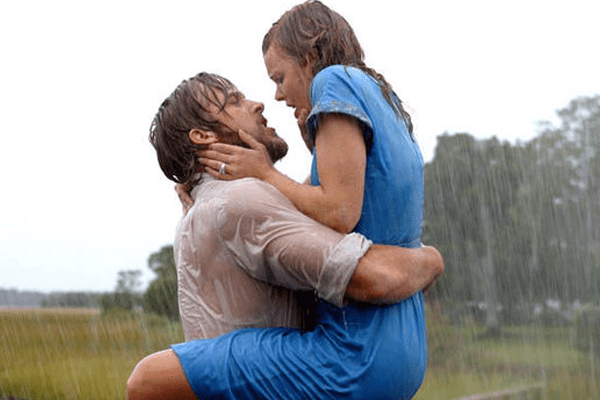 It is easy for directors and writers to form a movie based on true stories. And it defiantly helps if the movie falls on the category of romance. Here are some of the Real Life based Romantic movies that you might be shocked to know about!

Rachel McAdams has been the queen of romance in the Hollywood arena. She has made us cry with sadness and joy in this movie as well. The Vow is one of the Real Life based Romantic movies which is sad and is starred by Channing Tatum and Rachel McAdams. It is based on the romance between Krickitt Carpenter and her husband after she loses her memory after a bad car crash.

The 2004 romantic movie, The Notebook is perhaps one of the most beloved movies of all times. It is based on the novel of the same name by Nicolas Sparks. The story is based on a real life couple Jack Potter and his wife Phyllis who suffers from Dementia. The movie revolves around the memories of the couple after Phyllis reads the diary written by her husband. The characters are played by Ryan Gosling and Rachel McAdams.

It is one of those Real Life based Romantic movies which revolves majorly around science and minor around actual love between the characters but keeps the readers emotionally engrossed. The movie is based on the life of scientist Stephen Hawking and his relationship with his wife Jane Wilde in 1963 during his time at Cambridge University. The movie definitely will make you cry after Hawking learns about his motor neuron disease and his marriage and togetherness with Wilde even after that.

It is a 1999 movie starring Hilary Swank and Chloe Sevigny. The movie touches a topic which was considered very serious in the early 2000s. The romantic tragedy is based on the real life of Brandon Teena who was a transgender man exploring himself and love in Nebraska. Sadly, Brandon Teena died in 1993 as a result of a hate crime. The movie brutally shows the transgender character being gang raped and beaten to death in a women’s prison by ex-cons.

The 2008 movie The Edge of Love is one of those Real Life based romantic movies which is about the love between a married man and an unmarried woman. Although it might not appeal al the readers, the acting of Keira Knightley steals the show. The movie is based on the real life events of Vera Philips and the rekindling of relationship with her first love Dylan Thomas even though he is a husband and father.

The 2001 biographic drama film is based on the real life of the prominent mathematician-economist John Nash. It is about the struggles that Nash and his wife Alicia Larde had to face after ash was diagnosed with paranoid schizophrenia.

Eat, Pray, Love starred by Julia Roberts won many awards and many hearts. But what people don’t know is that the movie is based on the memoir of author Elizabeth Gilbert and her life after divorcing and traveling.

The 1994 movie stars Nicolas Cage and Bridget. The movie takes love beyond the real life happening where Officer Robert Cunnigham who suggests splitting the lottery ticket to a waitress instead of a tip if he won. He kept his promise to the waitress but did not fall in love with her, unlike the movie.  In the movie, NYPD Officer starred by Cage promises the waitress played by Bridget to give hhalfhal his lottery winnings if he won. Not only does the officer win $ 4 million and gives it to the waitress, but he also ends up falling in love with her.

Walk The Line is a biographical movie played by the actors Reese Witherspoon and Joaquin Phoenix. The movie is based on the real life of music legend Johnny Cash. It revolves around his successful career and his romance with June Carter. Walk The Line went on to be a huge hit commercially and critically. T went on to garner five Oscar nominations and also grossed $186 million worldwide.

The American drama movie, Mrs. Soffel is starred by Diane Keyton and Mel Gibson. The movie is based on the real life of Jack and Ed Biddle. It is the story of how the warden’s wife Mrs. Soffel falls in love with Ed Biddle and helps him and his friend Jack escape prison and runs away with them. It is one of the Real life based Romantic Movies worth watching if you feel some love missing!