Home / Entertainment / Timothy DeLaGhetto and Chia Habte, are they Planning to get married?

Timothy DeLaGhetto and Chia Habte, are they Planning to get married? 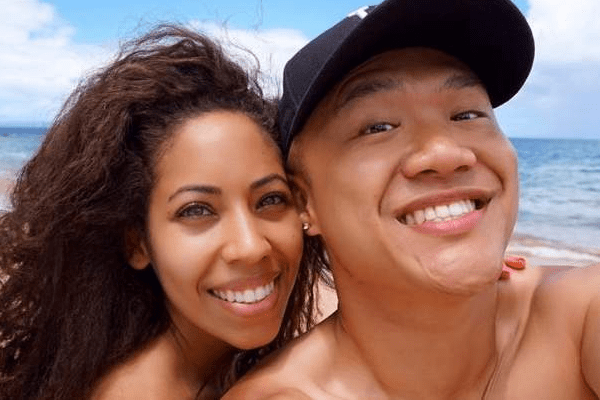 She had written, “Tim proposed to me in Toronto while we were on a trip to visit my family. Who would not say YES! Right? The moment he proposed me I had waves of sentiments going on inside my head. And all I did was switch between tears of happiness and laughter.”

I tried to get Chia’s family involved in the proposal, but her parents and brother couldn’t make it… but they ARE on FaceTime in this pic! ??? If you wanna watch the vlog where I go shopping for the ring, link in bio! Or click https://youtu.be/Z2pkgQP-qZI Shout out to @jeandousset for creating the ?ring and @brychong for the ? photos!

It’s already four months now.    Timothy is famous in YouTube, who cracks jokes and owns a YouTube channel with 3,635,980 followers! Fiancée of rapper and web star Timothy DeLaGhetto works as a nail designer. Not only Chia but all of the Tim fan all over the internet were amused after he made such proposal.    Everyone is now more than excited to know about their current relationship status.  Are they Planning to get married?  It was just a normal family trip for Chia until Tim proposed her in Toronto visit.  Do they have any plans to go further?

So much love in the air ?! Celebrating my beautiful cousin’s wedding tonight- congrats Aurora and Antonio! #love #wedding #toronto #fam

Well, they are seen together in their relatives’ wedding. Are they planning their own?

Have the YouTube star revealed about their marriage in any of his YouTube series?  Well no any official or formal announcement has been made till now. But the strong and long bond between this duo looks like they are on the way.

We are really looking forward to Timothy DeLaGhetto and Chia Habte special wedding event!  Timothy DeLaGhetto is a youtube and also a rapper. He became the regular member on [email protected]’s “Wild ‘n out” cast. He is also known by name Traphik. Tim YouTube channels especially contain style, vlogging, and music with a total subscriber base of over 3 million people. Some of his most popular uploads are “TSA Harassment” which currently has 9.6 million views and “Use Protection,” with over 4.6 million views.