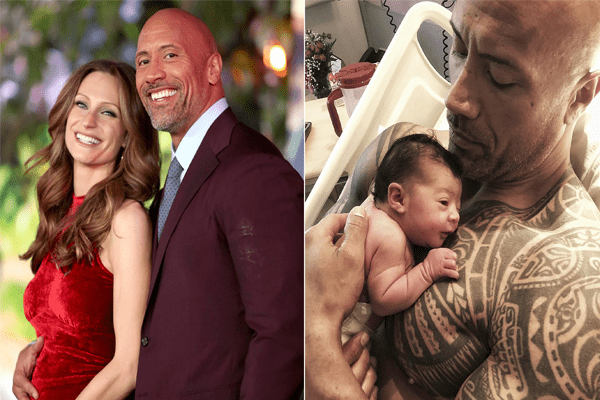 Tiana Gia Johnson was welcomed by her Famous Dad, an American Actor Dwayne Johnson and his long-time girlfriend, Lauren Hashian on the mid-April of 2018. The pair, Dwayne & Lauren first met each other on the sets of the American Comedy movie “The Game Plan”(2007) & started dating a year later.

The duo, Dwayne Johnson & Lauren Hashian have been dating for about a decade now & have two children together, the eldest Jasmine (born on December 16, 2015), & Tiana Gia Johnson who was born on the night of April 17, 2018, on 8:47 pm. Dwayne Johnson also was known as THE ROCK also has another daughter Simon Alexandra with his ex-wife  Dany Garcia.

Hollywood Hunk, The Rock a.k.a Dwayne Johnson took the internet by storm on the 23rd April after announcing the birth of his third child, Tiana Gia Johnson, Tia’s Mom Lauren Hashian & Tia’s Grandmother/Rock’s Mother also didn’t leave any efforts when it came to gushing about child & granddaughter on Instagram. 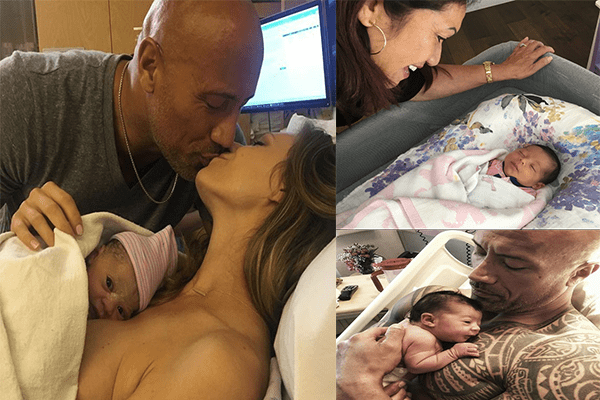 Tiana Gia Johnson, also known as Tia has been described as a “blessing ” by the Johnson Family has taken over many of The Rock’s fans’ hearts. The infant who is a month old now as of May 27, 2018, is bound to live a luxurious life considering both her parents The Rock & Lauren Hashian who have a net-worth of $65 Million & $5million respectively.

In terms of Tiana’s Weight, She weighs just like the average baby’s weight which is around 2.2kgs, it is one of the factors which determines if the baby is healthy. With Dwayne’s healthy genes & Lauren’s good luck, we can positively say that Tia is bound to have good looks & good health.

Fans from all around the world congratulated Tia’s Parents Dwayne & Lauren with an overwhelming amount of blesses to the infant. The Rock previously announced the gender of the upcoming newborn with an Adorable picture of their 2-year-old Jasmine celebrating being an elder sister.

Our Jasmine Lia would like to make a big announcement – IT’S A GIRL! ? @laurenhashianofficial and I are boundlessly grateful for this blessing as this spring we’ll welcome our second baby. Plus, Jazzy is excited to boss around and protect her lil’ sis. And once again, big daddy is completely surrounded by beautiful estrogen and loving, powerful female mana. All girls. One dude. And a boy dog. I wouldn’t have it any other way. #ItsAGirl #GratefulMan #TequilaTime ????