Home / Entertainment / They called it Quits! Lucy Hale and Anthony Kalabretta have split up!

They called it Quits! Lucy Hale and Anthony Kalabretta have split up! 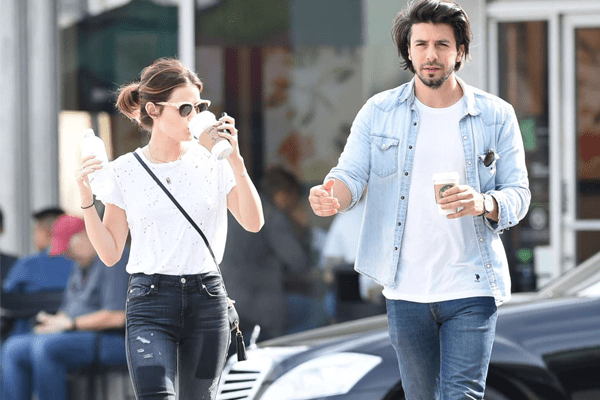 It is really sad to see break up happening frequently in the glitz and glamor arena. Pretty Little Liars star, Lucy Hale seemed to have it all with her beau Anthony Kalabretta. Unfortunately, it wasn’t as pleasant as it always seemed, Hale and Kalabretta have broken up And the ugly news is that they have deleted photos of each other from their social media account! Let us get into the details of this ugly breakup!

Pretty Little Liar’s Lucy Hale is one of those social media stars who looks like her life is perfect. Looking at her previous social media posts, Lucy had the best relationship one could have. However, the rumors about her split up with beau Anthony Kalabretta started brewing back in January. Although the rumors were termed “false” by the couple, recent reports say that the couple has called it quits.

Lucy Hale and Anthony Kalabretta were high on posting adorable pictures of themselves hanging around together. Now, the pictures seemed to have disappeared from their social media account because both of them have deleted those pictures in spite most probably.

It is really very sad to know that the two-year long relationship has come to an end. The couple who had met in 2015 through a mutual friend are over each other. And it is sadder to know that Lucy had shared that she believed 2017 would be her “best yet”. She welcomed 2017 through positivity even though her series Pretty Little Liars was coming to an end.

Lucy had shared in an interview how she would like to be creative and open to change after “having a job in TV for eight years”. Hale shared that she had been “really, really blessed so far” and that now she will continue to work hard”.

Also, it was reported that Lucy Hale had quit drinking! Why? Because this young 27-year-old actress wanted the “best version” of herself! She also made the bitter revelation that she had been trying to fit in Hollywood’s “it crowd” and was tired of it!

Professionally, Lucy Hale will be seen in her new pilot, Life Sentence aired by CW network. Lucy Hale is having a fresh new start not only professionally but personally as well. This is why we wish the very best for this young talent!