Home / Entertainment / The Bachelorette Recap: Dean has done it again!

The Bachelorette Recap: Dean has done it again! 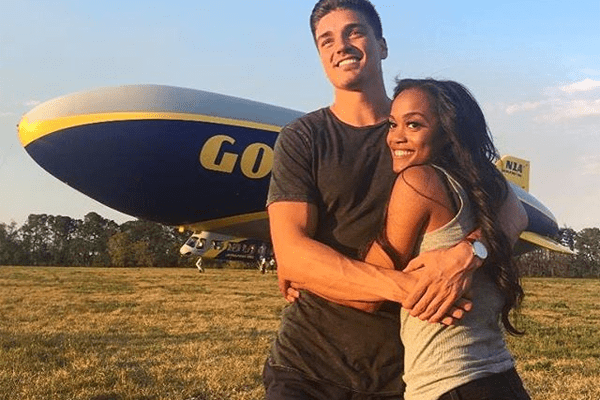 A lot of drama as expected has been going in The Bachelorette. The men are still fighting to get Rachel’s love but Lee has turned to become a huge drama initiator with his dumb boyish sparks trying best to hate Kenny. The Bachelorette’s contestant Dean has stolen our hearts but has he managed to steal Rachel’s, heart? Let us find out!

Who won the Spelling Bee?

The fourth weeks takes Rachel and the contestant to perform the Spelling Bee which was judged by the kids! Josiah wins with the word “Polyamorous”! But as we can later see, Josiah definitely has some beef with Iggy. Josiah shares that Iggy “shoots steroids into his nuts”! Who wants to know?

The charade between Kenny and Lee:

We are well aware that Lee is not much a fighter in regards to his physique but he has been talking Kenny in the recent episode of The Bachelorette! Yes! Kenny, the wrestler! Lee seemed to be having not only a Kenny problem but a racial problem altogether.

Lee shares to Rachel that Kenny fought with him! Fought? Looks clear that he was standing for himself! Rachel goes to talk to Kenny herself while Kenny blabbers about how great she is! Don’t we already know? While Rachel seemed not so interested in particularly that, she did understand Kenny perception of Lee.

Dean also has a lot to say in regards to the Lee and Kenny beef. Dean shares his opinions on Lee and says that Lee fights with people whom he does not usually see on “a daily basis from a cultural perspective”!

Kenny goes on to call Lee “an alternative-facts piece of garbage”! We can’t agree more. If you thought it was over, no, it isn’t! Kenny goes to fight with Lee!

The Rose ceremony began with a very angry Kenny who tried best to keep his cool. Brady, the model from Miami, Bryce, the firefighter from Orlando, and Diggy, the senior inventory analyst were, unfortunately, the ones who had to go home without a rose!

Lee getting a rose was certainly one hell of an event with Kenny’s funny expression intact! We guess Kenny was not expecting it!

The rose ceremony was a hell of a ride so Rachel and the men headed to Hilton Head Island, South Carolina to clear their heads and start fresh. Stay tuned to find more on the spice and sugar in The Bachelorette Season 2017!

@therachlindsay’s ready to get back to the ride of her life! #TheBachelorette returns Monday at 8|7c on ABC!