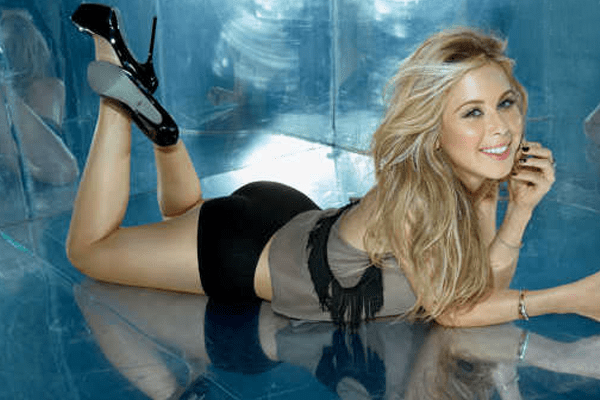 The prominent figure skater, actress, and sports commentator, Tara Lipinski is all set to get married to Todd Kopostasy. After years of relationship with the Fox Sports producer, Kopstasy, she is getting married. In an interview with E! News, Tara Lipinski reveals about her upcoming wedding! Let us get into the details of Tara Lipinski’s relationships and affair!

Tara Lipinski reveals about her upcoming wedding in an interview with E! News. Tara Lipinski shared that she has hired Weddingwire.com to plan for her big day. She also made revelations that the late night meals include lips smacking dishes like chicken, waffles, and chocolate shakes.

Guys! Shower pictures arrived! Can’t wait to share some of these killer @elizabethmessina pictures. She is one talented woman. @toddkap 27 days…??? hair and makeup by @glennnutley #gettingmarried #bridalshower

Also, Tara Lipinski reveals about her upcoming wedding and shares that the couple had a “joined bachelorette and bachelor party” in a “huge house” with their friends and family attending. The party allowed the bridesmaid to interact with the groomsmen.

Tara Lipinski and her soon to be hubby, Todd Kopostasy has not only made plans about their wedding but also their post-wedding days. Tara revealed that the couple was going to have a “long honeymoon” They are planning to visit the “Maldives and then Thailand, Vietnam, and go back to Europe”!

Finding the dress is a difficult task for any bride but for Tara Lipinski it was not so! Tara shared that she only had to do one dress fitting since she liked the first dress that she wore! All in all, the wedding seems to be an exciting and promising one for the couple, their family, and friends.

Tara Lipinski is madly and totally in love with her fiancé, Todd Kopostasy. Tara Lipinski had always been very busy in her career and was very secretive about her relationship with Todd in the initial dating days. By the looks of it, Tara Kopostasy did not have any previous dating affairs.