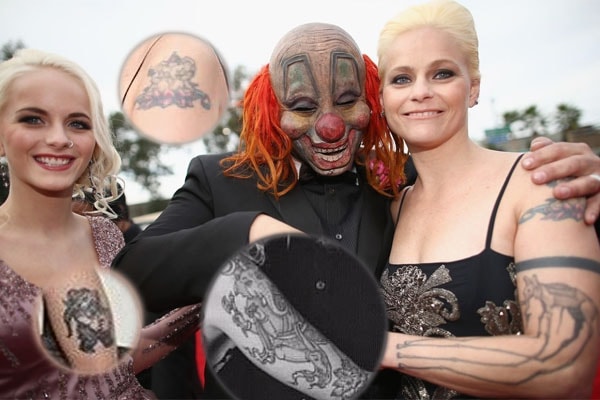 Slipknot is probably one of the most popular and successful heavy metal bands in history. All of the band’s members have achieved universal fame and the band’s members family is always on the spotlight as well. The case is the same for Chantel Crahan, wife of Slipknot’s “Clown” Shawn Crahan.

Tattoos Related to Ganesh and Their Meaning

Off all the Chantel Crahan’s tattoos, her most prominent one is on her left hand. Her right hand has a giant tattoo of Ganesh, which covers her entire hand and shows Ganesh in his full glory carrying his trademark weapons and standing on a Lotus flower.

Chantel has two more tattoos related to Ganesh on her body. The first one is on her left bicep, which has a smaller Ganesh sitting on a lotus. The other one is on her right calf, which is that of an elephant, an animal closely associated with Ganesh. 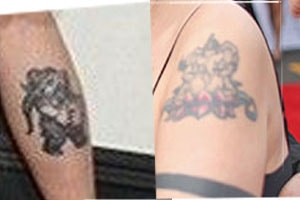 Chantel Crahan has Ganesh tattoos all over her body. Image Source: Pinterest

As far as the meaning of Chantel’s tattoos goes, Ganesh is the god of beginning and is remembered when starting a work. Similarly, in Hindu culture, Ganesh is considered the Lord of obstacles and the one to break obstacles. So his tattoos mean you’re trying to overcome obstacles and achieve glory.

Along with Ganesh tattoos, Chantel also has some other tattoos on her body. There is a tattoo on her back but is unclear what the tattoo is or what it refers to. Similarly, there is another tattoo on her left forehand that resembles a four-legged animal. 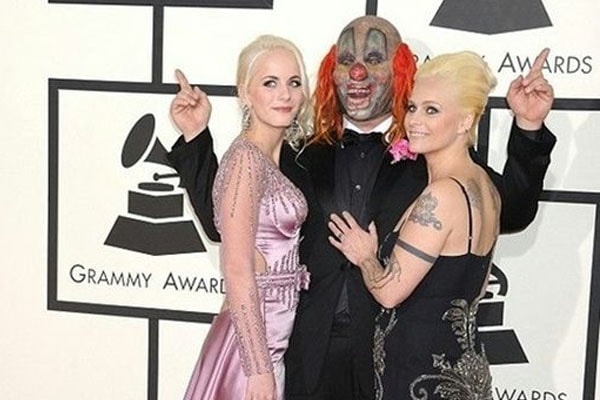 Chantel Crahan has a lot of tattoos. Image Source: Pinterest

All in all, Chantel’s tattoos show her spiritual devotion. She seems like a follower of the Hindu culture, especially of the Hindu god Ganesh.