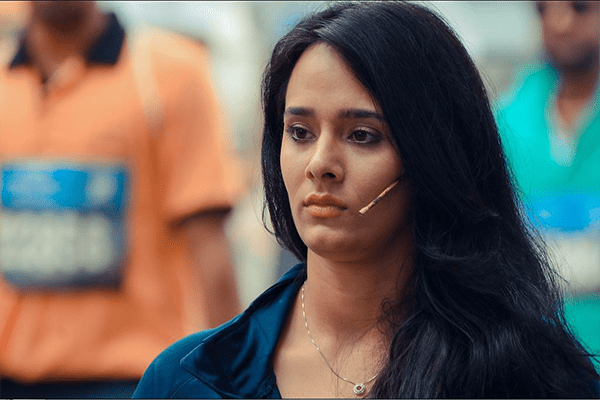 Breaking all the stereotypes, the sexiest sports journalist, Mayanti Langer has yet again proved that she is not a coy journalist by slamming all the haters who mocked her husband for his performance during India’s first T20 International where he gave away 32 runs in a single over! Mayanti proves that she is not just a triumphant IPL anchor but also a dutiful and protective wife.

We might recognize the 31 years old, Mayanti Langer who is regarded as one of the Sexiest Sports Journalist from her appearances in sports tournaments like ESPN’s 2010 FIFA World Cup, 2010 Commonwealth Games, 2011 Cricket World Cup, 2014 Indian Super League, 2015 ICC Cricket World Cup, and Zee Sport’s Football Café. She began working at the age of 18.

Mayanti’s hubby Stuart Binny is best known for playing One Day Internationals, Twenty20 Internationals and Test. However, in a land like India where everybody acts like a cricket expert, not all Indians favor Binny. In fact, at numerous occasions Binny has been unabashedly been trolled.

However, this time his loving wife, Langer had enough of it. It so happened that in the 2016 T20i match against West Indies, Binny gave India a 32 runs in an over. The Twitters were wide with their trolled. They lashed their trolls on Binny even involving Mayanti Langer in it. Some even called the 32 run a second achievement of Binny after marrying Langer. Some gave violent suicide and death demands and taunts.

However, the sexiest and most probably fierce Sports journalist, Mayanti Langer had the last word. She chicly asked her trollers to ‘go get a job’ rather than calling Langer a gold digger. She even bashed the haters and their petty and shameful jokes about suicide. Some tweets also suggested Mayanti Langer to have a divorce with Binny. Mayanti Langer left no stone unturned and properly showed the world who she is and what she feels. Langer gave all the haters a piece of her mind. Langer may have a lot of defending to do pretty soon in the future!

Mayanti Langer has yet again shown us her fierce side, this time not through her journalism but through her idiosyncratic, sarcastic, and excellent twitter reply as a thrash to all the trollers. Stuart Binny is most certainly a lucky guy to have a successful woman by his side throughout his life. Would he do the same for her? We might find out soon.


So it will be a rematch..more power to you Pvsindhu1 can&39;t wait for the final ? StarSportsIndia

So it will be a rematch..more power to you Pvsindhu1 can&39;t wait for the final ? StarSportsIndia