Home / Entertainment / WHO IS SERENA WILLIAMS? THE GREATEST FEMALE TENNIS PLAYER OF ALL TIME

WHO IS SERENA WILLIAMS? THE GREATEST FEMALE TENNIS PLAYER OF ALL TIME 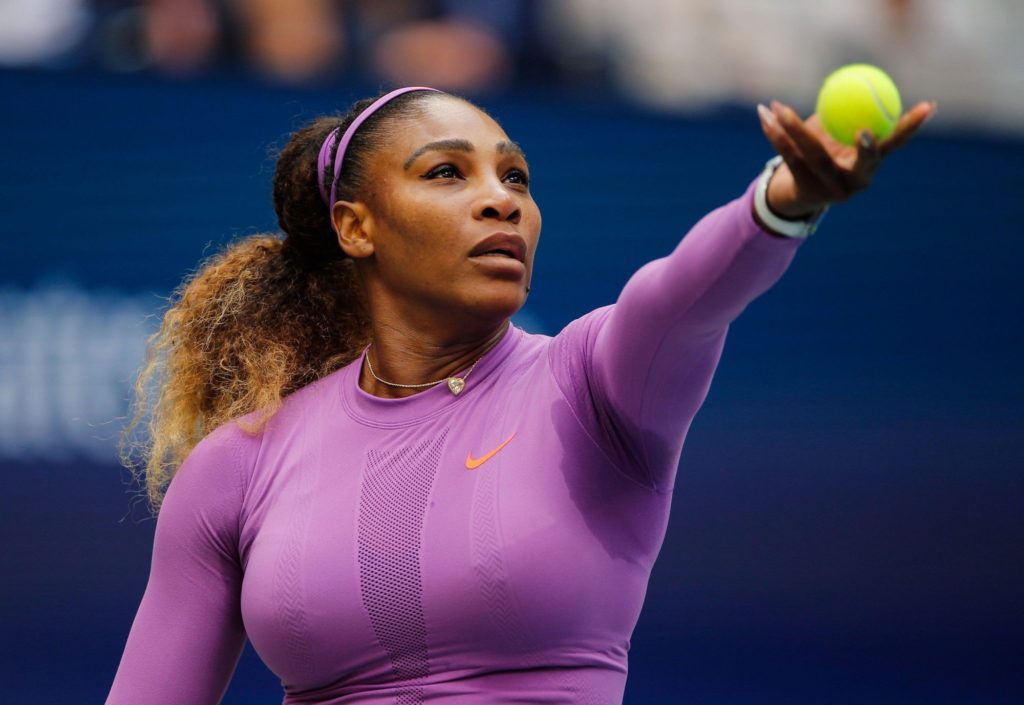 For a woman to dominate for such a very long time in Women Tennis Association as long been subjective to the impertinent of all other contender in the game and right before the proclamation of Serena Williams on big stage, many had come to dominate the tennis in their era.

Many of the tennis fans across the globe will disagree with this statement, while they might be probably right to their decision might just be in terms of career statistics and Grand Slam wins, as the semifinalist in the current Australian Open still has a very long way to go before she can overhaul the likes of Steffi Graf, Martina Navratilova and Chris Evert considering her body shape and overall ranking and play b. But with her short stats compare to the named legends, is Serena the greatest player of her era or will she be considered the standard for the best player in history or is she the greatest tennis player altogether.

Considering all the possibilities for a female athlete to be at the very top of her game at 39 years is not what an ordinary athlete or mere mortal can imagine to achieve.

Furthermore, she may not have been the youngest US open winner in any era but she certainly among the oldest one to win the US open in open era at 32 years, 11 months and 11 days only behind Flavia Pennetta at 33 years, 6 months and 18 days. But her domination extends as she became the oldest to win grand slam at age 35 years while having 8 weeks pregnancy at that!

The active American supreme tennis player holds the records for the most successful female tennis player in single, doubles and mixed doubles among the active player. With 39 Grand Slam titles to her name, Serena Williams is the joint-third on the all-time list and second in the Open Era with major titles as her 23 single major victory, 14 in women’s doubles, and two in mixed doubles can rival any achievement considering the fact that the sturdy mother dominated one of the most competitive era in female tennis competition.

Furthermore, she is the most recent female player to have held all four Grand Slam singles titles simultaneously which (2002–03 and 2014–15) and the third player to achieve this twice, after Rod Laver and Graf.

With her style of play and efficiency in winning returns, one can barely spot a weakness in her game and with much panache and steadfastness nuance in her game, Serena is a complete player and a joy to watch. However, no one can become a great player with just skills or talent; the attitude and body language are equally important which is the rightful consistency shown by the great Serena Williams throughout her career.

More again, Serena Williams’ willpower is perhaps her greatest possession, as her willingness to keep shinning and winning is what separates her from the rest throughout the history of the game. Even after so many titles in her career she hasn’t lost her singular motivation, which is truly amazing considering her motherhood stance.

After she won her last major with 2 month pregnancy and she could have call a day on her career span, but the agility and tenacity to make it far beyond the others in history book is legendary and despite her not winning the majors as she would her opined, her consistency at the apex of the game while reaching the final of the majors despite her age and new found body shape is commendable.

Margaret Court might still be holding the title of the most achieved in major tennis tourney with 24 victories to her name but it was the black-American tennis legend that had the toughest road to her 23 victories.

Although, she could have won more than the 23 major titles as she managed to be in final for a record 33 times, while losing on 10 occasions as the 40% of the defeat came after her delivery and 30% of those defeats came while struggling with injuries and controversies.

More so, winning her 100% of women major doubles is beyond human achievement which what is made her testified that “When I’m on the court with her, I’m playing the best competitor in the game and when I’m with her, I’m with the best player in the game.”

Furthermore, her achievement in the Olympic cannot be really emphasized! Winning four Gold medals alone set her on course as one of the greatest Olympians in history of the tournament.

Discussing the Serena’s ingenuity could take the whole lot pages or more so like a novel chapter, but no one could come close to her achievement as her closest competitor in her era is her sister who hold seven grand slams to her name.

While she blaze apart all her competitors in Wozniacki, Azarenka, Venus, Hingis, Capriati, Henin and Sharapova while reaching the apex is no doubt a joke as she make all these great players looks ordinary with their achievement, while the likes of Djokovic, Federer and Nadal made Samprass achievement looks so ordinary despite  his 14 grand slam.

Serena Williams status as the female greatest tennis player of all-time status is not even up for debate as she set all record that would be so hard to come bye or broken. But considering her talent, tenacity, drive and quest for success is seconded to none in the game maybe she could have been the overall greatest tennis player as she made all her competitor looks so ordinary.

Only if Federer could have made Nadal and Djokovic looks so ordinary, this debate wouldn’t have make any meaning. However, it may, Serena will be the standard going forward in the game.