Home / Entertainment / Is Ronni Hawk in a dating affair with boyfriend?

Is Ronni Hawk in a dating affair with boyfriend? 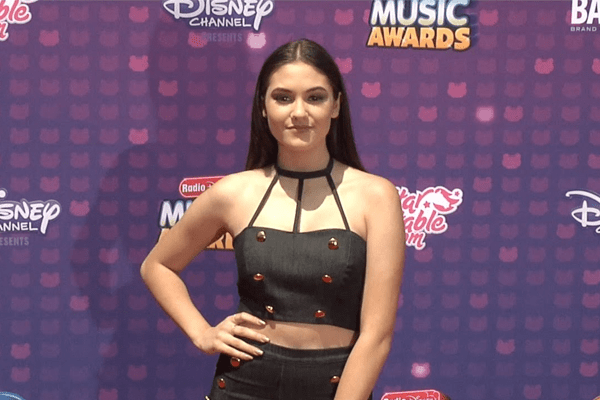 It is not easy being a celebrity and trying to hide your personal life since the paparazzi are going to dig it out any how or make ridiculous assumptions. Ronni Hawk is currently rumored to be dating her alleged boyfriend Aaron Reiser. Is Ronni Hawk’s dating affair rumor really true? Or is she simply single and busy with her family and friend? Let us find out!

Ronni Hawk has won many hearts through her remarkable work in Disney’s “Stuck in the middle. “Many boys are attracted to Ronni Hawk’s exceptional acting skills and her cuteness. However, is there someone who has managed to steal Ronnie Hawk’s heart? We think we know!

There have been rumors about Ronni Hawk’s dating affair and much can be said regarding it through her twitter account! Ronne Hawk was rumored to be in a relationship with her friend Aaron Reiser. The two are seen going out in public together. Ronni posted a picture of her holding hands with Aaron and moving towards a jet. Under the photo, she captioned, “I love getting to travel around w/ @reiser_aaron” mentioning Aaron’s twitter account.

Although we know that there is a high probability that Aaron and Ronni could simply be close friends, there have been many speculations that the two are very much in love! We are not being too quick to judge but Ronni’s special closeness with Aaron proves that she might be into him!

Neither Aaron nor Ronnie have confirmed or declined the rumor about them dating. Thus the tabloids write whatever they feel is true. For an official confirmation, we will have to wait to hear from Ronnie or Aaron!

Ronni Hawk is a lucky girl since she has not only got the beauty but also the skills to be a wonderful actress and also has the support of her family and friends in all this! Ronnie has a brother whom she loves very much and often posts pictures with.

Ronnie has also got to experience prom just like any other girl. She went on a prom with her date Jade Enslin in 2017. Of the experience, Ronni shared that it was one of the “most magical experiences” for her!

At present Ronni seems to be busy on sets with her acting career. We wish the best for her career and her personal life!