Home / Entertainment / Rapper Kash Doll and Dreamdoll Net Worth – Who is Richer and Why?

Rapper Kash Doll and Dreamdoll Net Worth – Who is Richer and Why? 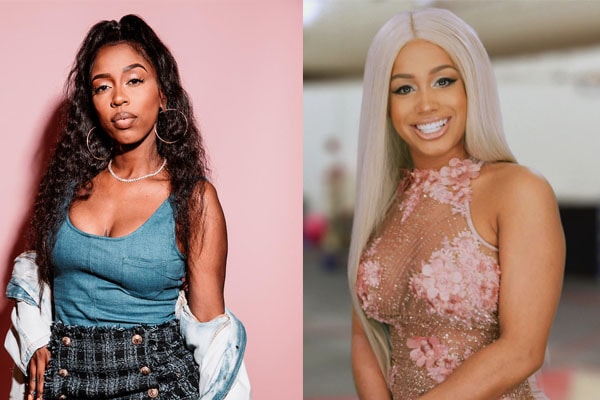 The American singer, Kash Doll‘s Net Worth is estimated to be $1 million whereas the rapper and television star Dream Doll‘s Net worth is $400k to date. There might be a vast difference between their net worth, but both of the rappers have earned their fortune from the career in rap and singing industry.

Kash Doll debuted for the first time in the music industry from her mixtape titled  “K.R.E.A.M” in 2015. She is also an owner of enterprise Kasha De Doll Beauty and application KDmoji. Similarly, Dream Doll is popular for being a reality TV star and a rapper. She debuted as a rapper by her first mixtape album “Life in Plastic” just last year in 2017.

Kash Doll’s Net Worth and Earnings

The former stripper, Kash Doll has an estimated Net worth of $1 million. She has earned all her riches from her successful career as a rapper. Previously, Kash worked as a strip dancer and got paid up to $26,000 in a night. Right now, her total earnings are around $200K per year from her music albums and raps. Her some of the superhit albums that put her on the maps of the music industry are:

Kash Doll, who calls herself The Baddest Bitch has a glamorous life full of luxuries. The rapper owns a Rolls Royce Ghost 2010, which cost around $100k and is soon going to buy a Bently car. Kash lives in a well-furnished house at Southfield, Michigan, USA. No doubt Kash has lots of cash earned through her profession as a singer and strip dancer. Besides that, Kash also substantial earnings from modeling done for brand Louis Vuitton.

Dream Doll’s Net Worth and Earnings

Tabatha Robinson aka Dream Doll’s Net worth is estimated to be $400k to date. Dream Doll previously worked as a bartender at a strip club and later on came to be part of a TV series. At present, Dream Doll is playing the role of supporting cast in the eighth season of Love & Hip Hop: New York. Prior to that, she was cast in an American TV series Bad Girls Club, in its 16th season.

Dream Doll’s another major source of earning is her music album which makes her a good fortune. She hasn’t been in the music industry for long and just debuted last year with her first mixtape “Life in Plastic.” The album was released on her youtube channel “DreamDoll” which was well received by her fans. Right now, the earnings of the Dream from her Youtube channel is estimated to be $10.5k annually.

Some of the albums of Dream Doll which got popularity among audiences are:

It is obvious that Kash Doll is richer than the Dream Doll regarding Net worth and earnings. Both of the rappers Kash Doll and Dream Doll are emerging rappers and has numerous loving fans and hit albums.