Pilar Sanders: Appeals court to carry on her divorce battle 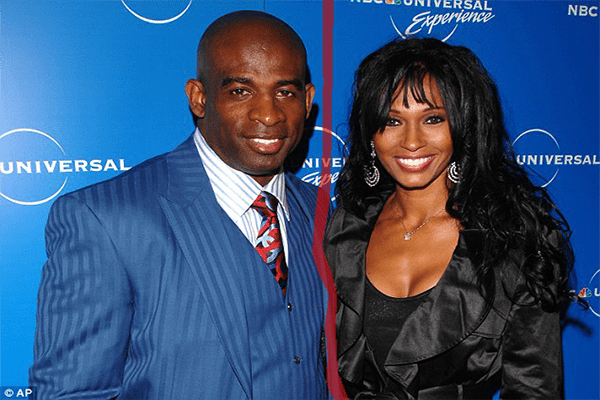 It seems like NFL CB player Deion Sanders’ ex-wife, Pilar Sanders is desperate to get back at her husband after ample fights and appeals to the court to overturn the divorce judgment which has been laid against Pilar’s favor. Pilar recently lost her visiting rights due to a violation of the divorce judgment many time. Why is Pilar Sanders so anxious to overturn the court’s judgment?

Pilar Sanders divorced her NFL and Hall of Fame player husband, Deion Sanders on 23rdSepember, 2011. But the divorce has been far from settled. The divorce led to a battle of who keeps the house. Together, the couple has three children named Shedur, Shilo, and Shelomi. Keeping their children as their top priority, they finalized their divorce in 2013.

The divorce was rumored to be because of Pilar Sanders’ extramarital affairs. However, according to her attorney Larry Freeman, the rumors are fabricated and ‘utterly untrue’. However, not much was revealed regarding the cause of their separation. We wonder who might be the one to blame!

However, a year later Pilar was sent to the prison on accusations of violating the rules of the agreement. A number of bad things happened to Pilar since then. She lost her visiting rights to her children. Soon she also lost $2.2 million Lawsuit against Deion Sanders. Deion accused Pilar of defamation and false accusation online of physical abuse.

As per the agreement, Pilar had to return the kids to Deion. But she failed to do so and broke the agreement more than 16 times which aggravated Deion enough to call a Collin County constable. At this point, we realize that Pilar simply wants to be with her children.

We can’t all blame Pilar since she has been going through a tough financial time. According to sources, Pilar is broke and jobless at present. The former model had been a homemaker for Deion. After the divorce, she has no finances. Pilar has lost so much in the divorce battleground and has no assets to call her own.

As the number of divorce piles up in the Hollywood arena, the media and audience get their palettes spiced up! Pilar Sanders and Deion Sanders divorce battle have been taking turns rapidly and no one seems to known what will happen next!