Home / Niki Lauda Net Worth – What Was The Three-Time F1 World Drivers’ Champion’s Sources Of Earnings?

Niki Lauda Net Worth – What Was The Three-Time F1 World Drivers’ Champion’s Sources Of Earnings? 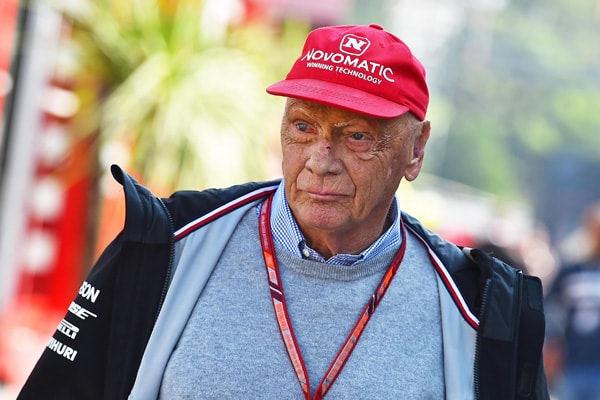 Niki Lauda's net worth was $200 million during the time of demise. Image source: Pinterest.

Austrian Formula One racer Andreas Nikolaus Lauda famous as Niki Lauda‘s net worth was $200 million during the time of demise. Niki was a formula one racer and also an aviation entrepreneur. He was also the three-time F1 World Champion and 25 times Grand Prix winner.

The late devil racer was born on 22nd of February 1949 in Vienna, Austria, to father Ernst-Peter Lauda and mother, Elisabeth Lauda. Unfortunately, Niki Lauda died on May 20, 2019, in Zürich, Switzerland.

Let’s glance at how he used to earn his wealth.

Previously mentioned, Niki Lauda’s net worth was $200 million during the time of death. The late racer earned all of his income from his F1 career and from being an aviation entrepreneur. 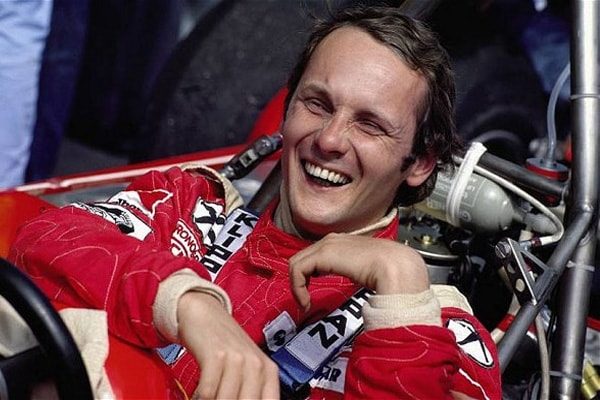 Niki Lauda earned his income from his career as an F1 racer and his airline company. Image Source: Cars.

He was also an author who wrote five books altogether and also portrayed in hit movie ‘Rush’ in 2013. Also, in 2013, he was hired as a non-executive director of the Mercedes F1 team, who was awarded a 10% ownership stake in the team.

We all know-how Niki lived his life to the fullest before he demised.

Earned Massive From Formula One 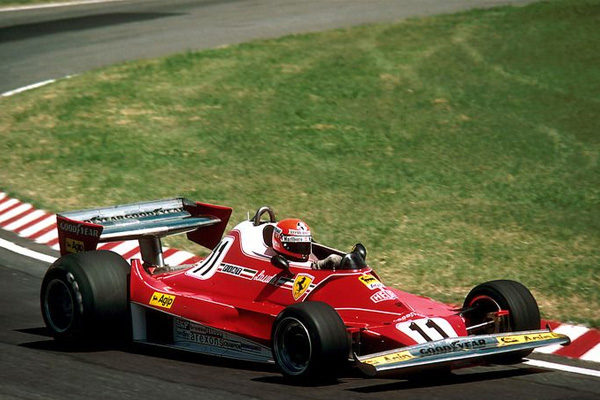 Niki was one of the highest-paid formula racers during his F1 career. Niki Lauda was said to be paid 10% of the stake of Mercedes AMG F1 team for his four-year contract from 2016-2020 as a Non-executive chairman.

No doubt, he earned a hefty amount of money from his career as an f1 racer.

In 1979 Niki Lauda founded a private airline named ‘Lauda Air,’ which he later sold to Austrian Airlines in 1999. Again, in 2003, he founded another airline on his name called Niki. In 2011, Niki merged with Air Berlin. Then in 2016, he bought a charter air company named Amira Air and later renamed it LaudaMotion. 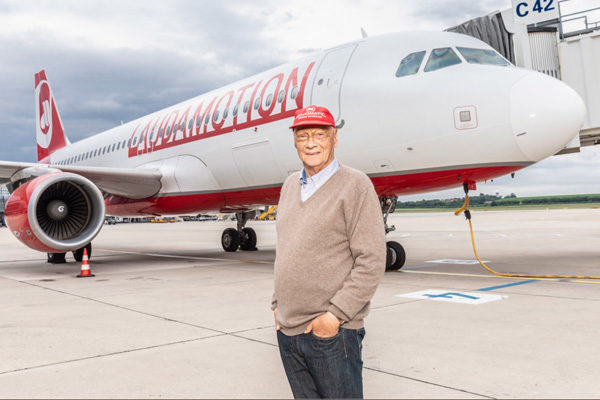 Niki also had a pilot’s license and flew planes too. He was also the brand ambassador of Bombardier Business Aircraft and of gambling company called Novomatic. Undoubtedly, he must have earned a tremendous amount of money from his airline company too.

He was in a marital relationship with Birgit Wetzinger at the time of his death, with whom he shared two children, Mia Lauda, and Max Lauda. Also, Niki Lauda was previously married to Marlene Knaus, with whom he shared 2 sons, Mathias Lauda and  Lukas Lauda. Furthermore, he was also the father of Christoph Lauda. All of his sons followed their father’s footsteps and are surely going to be one of the great racers.

The kind souls always go to heaven after their death. Niki Lauda’s soul must be in a heavenly place. His contributions to F1 is eternal. Rest In Peace, Niki Lauda.