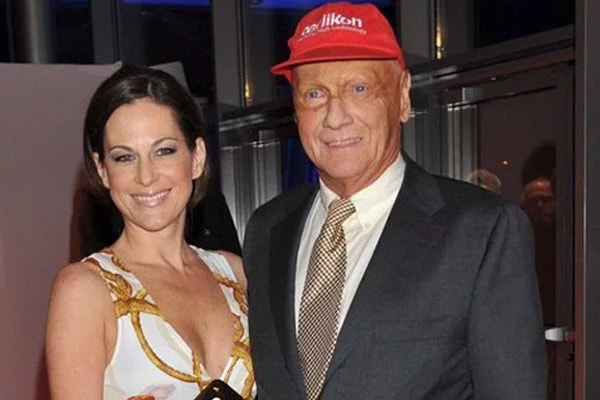 Former Austrian Formula-1 racer Niki Lauda’s wife is Birgit Wetzinger. She was formerly an employee of his airlines.

The pair married in the year of 2008 and had adorable twins: Max Lauda and Mia Lauda, together.

Well, Niki had made a promise to never marry another woman ever again until he witnessed his love for her.

However, the couple was separated by the recent and sad passing away of Niki Lauda because of kidney problems.

When Brigit Wetzinger first came into the life of Niki Lauda, he was previously married to his ex-wife Marlene Knaus. After being together for 15 years, the former couple decided to part their ways and got a divorce in 1991. 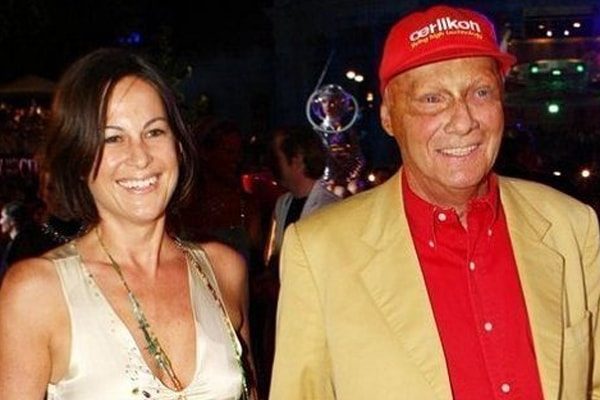 Birgit Wetzinger and Niki Lauda were in a very good relationship with each other despite having an age difference of 30 years. Image Source: Getty.

Lauda had two children with his ex-wife Marlene. Both of whom are sons: Mathias Lauda and Lukas Lauda.

It is reported that Marlene Knaus and Birgit Wetzinger have a good relationship with each other.

Niki Lauda’s wife Birgit Wetzinger was an unknown person before she met him. The racing legend was saved by Wetzinger becoming a decoration to his grayscale life.

Niki Lauda had kidney issues. He was donated a kidney by his brother Florian Lauda. However, the process failed. Niki’s life was on the line when Birgit became the guardian angel and offered her kidney to him.

Niki Lauda was grateful to Birgit. He even declared that he would not be alive if it was not for her. 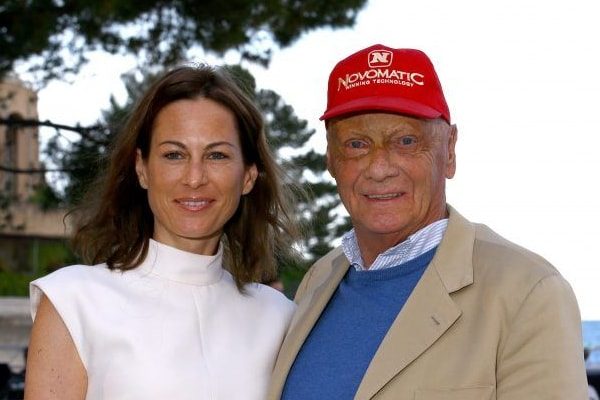 Birgit Wetzinger heroically saved her husband by donating one of her kidneys. Image Source: Pinterest.

Causing a surprise to Niki, Birgit made her mind to donate the kidney. Hence, Niki’s life was saved after the kidney transplant was completed.

The pair had been dating for eight months when the life-threatening incident took place.

After the life-threatening incident took place in Niki Lauda’s life, he married Birgit Wetzinger. They tied the knot after four years of dating.

The wedding ceremony belonging to Niki Lauda and Birgit Wetzinger reportedly lasted for four minutes; taking place in the year of 2008.

Niki Lauda’s wife Birgit Wetzinger is 30 years younger than her husband. The couple was quite unusual to look at. However, their relationship was exemplary and their bond was stronger than many younger couples. 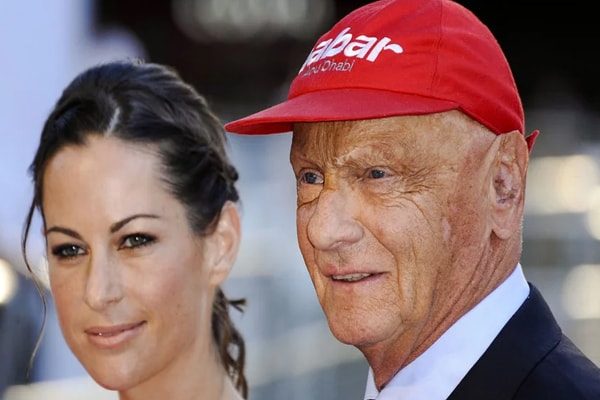 Despite being three decades younger than her husband, Birgit loved her husband dearly. She attended several events together with her husband. Hence, leading to the conclusion that she was very supportive of him.

The sad demise of Niki Lauda will definitely cause pain and sorrow to his family. Their relationship is something every couple should take inspiration from.