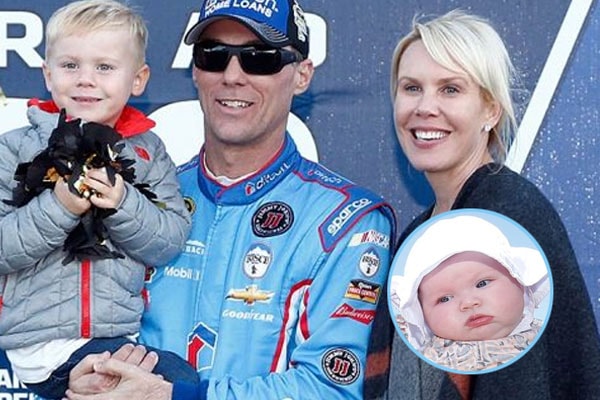 The adorable pair got engaged in the year 2000 and eventually tied their knot in the year 2001. The lovebirds share two adorable children- Keelan and Piper Grace. Kevin and DeLana welcomed their second child and only daughter, Piper Grace on December 28, 2017.

DeLana was unaware that the man who she set her friend with would eventually end up being her future husband. The missus of the famous NASCAR driver, DeLana was helping out another friend who needed a date for a Christmas Party. 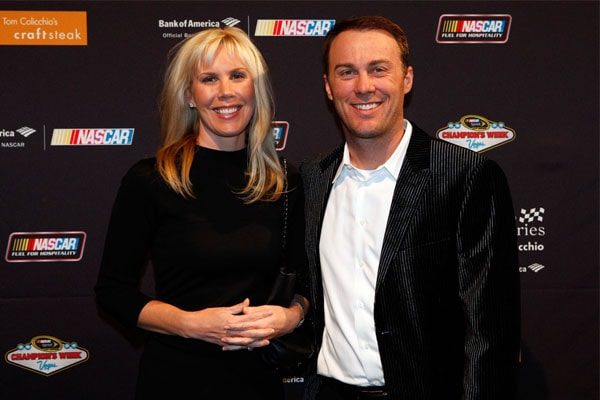 The professional stock car racing driver, Kevin is in a romantic relationship with DeLana for over a decade now. Image source: Zimbio

Although not being attracted by Kevin at the first meet in 2000, DeLana eventually started liking his impeccable wit and sense of humor. Likewise, the couple dated a year before deciding to walk down the aisle together in February 2001 in Las Vagas, Nevada.  A very few friends and family attended the wedding ceremony. 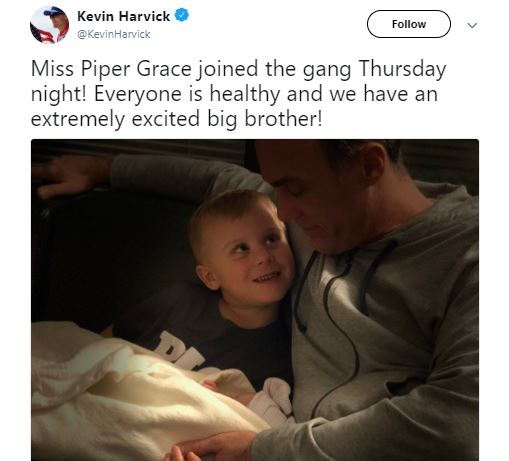 The adorable daughter, Piper Grace is the youngest and only daughter of parents, Kevin and DeLana. Image source: Twitter

Although Kevin and DeLana have been together for over a decade, the power couple shares the same love and affection. Besides that, the eight times winner of the Cup Series at Phoenix International Raceway, Kevin has two beautiful children-Keelan and Piper Grace.

NASCAR driver and DeLana have been happily married for over a decade now despite having some disputes on the way. In an interview with SiriusXM NASCAR Radio, the 6-year-old Keelan had expressed his excitement on having a baby sister. 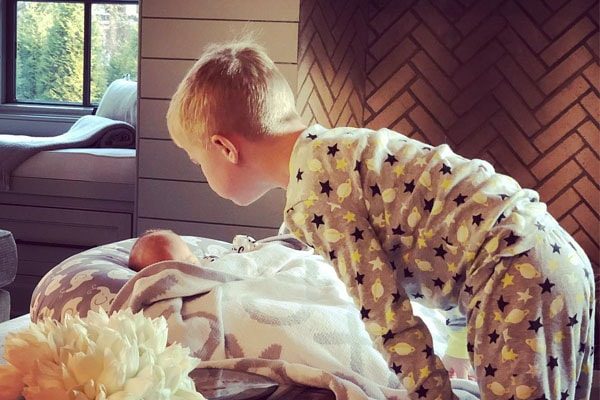 The siblings, Keelan and Piper Grace share a strong bond with one another.
Image source: Kevin Harvick/ Instagram

The adorable newborn daughter, Piper Grace arrived in the world in December 2017 and has effortlessly blended with the family. The proud parents of two beautiful children, Kevin and DeLana showcase their love and chemistry of their family on social media.

The happy family of four resides in Charlotte, North Carolina and has a luxurious and lavish lifestyle. Likewise, there is a strong bonding between the siblings which is evident in the post shared by the couple on Instagram.