Home / Entertainment / Naga Munchetty is Already Wedded. Pictures of her Husband James Hagger and Her

Naga Munchetty is Already Wedded. Pictures of her Husband James Hagger and Her 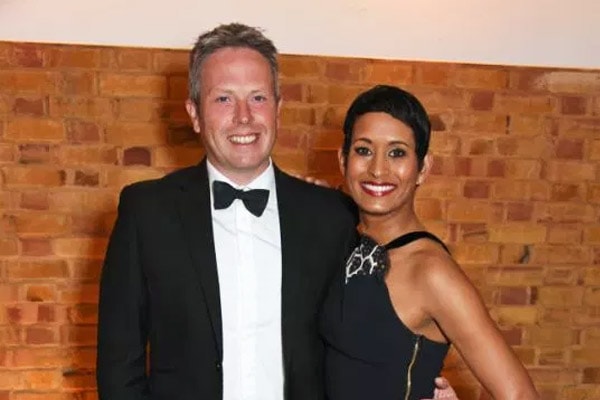 The TV presenter of BBC Breakfast Show, Naga Munchetty is a married woman. She tied the knot with her long-time boyfriend, James Haggar in 2007. The pair has been married for a decade now, and their marital relationship is going extremely well.

Naga Munchetty’s husband, James Haggar has also gained lots of fame in the news broadcasting like his wife. Haggar is a Broadcast Consultant at ITV and former senior director of Five News and OK TV. Moreover, he has also worked for CNBC International from 1995 to 2004.

The newsreader, Naga Munchetty walked down the aisle with a Broadcast consultant of ITV James Haggar in 2007. Their wedding ceremony was grand with the presence of close family members and friends. 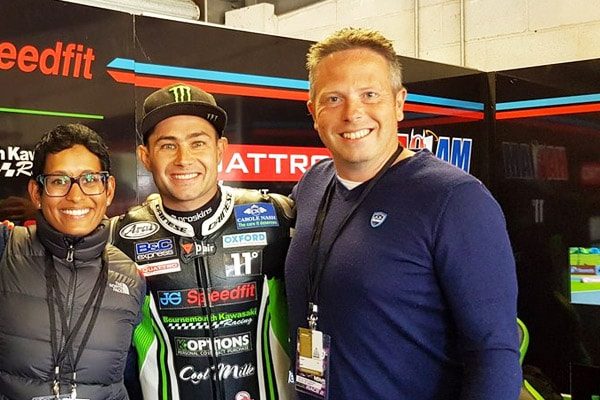 The pair first met each other on a golf course as both of them having interest in golf. After meeting each other for several times, the duo began dating each other followed by being hitched up in 2007. Munchetty is very happy with her married life and there is no any rumor of them planning for a divorce yet.

Naga enjoys spending time with her hubby whenever she is free. When both husband and Wife get free from their busy schedule, they either go on a hiking or play golf on the nearest golf course. 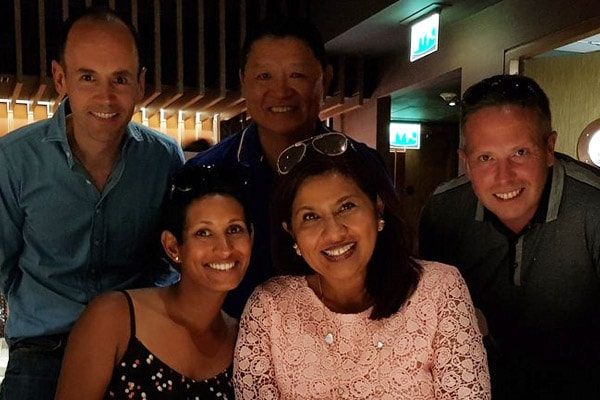 James Haggar spends most of his leisure time with his wife Naga and friends. Photo Source: Twitter/ James Haggar

Naga Munchetty frequently posts photos of her and her husband on her social pages. She never misses out to flaunt her romantic bond with her handsome husband, James Hagger. At the moment, the passionate couple resides happily in Hertfordshire, United Kingdom. 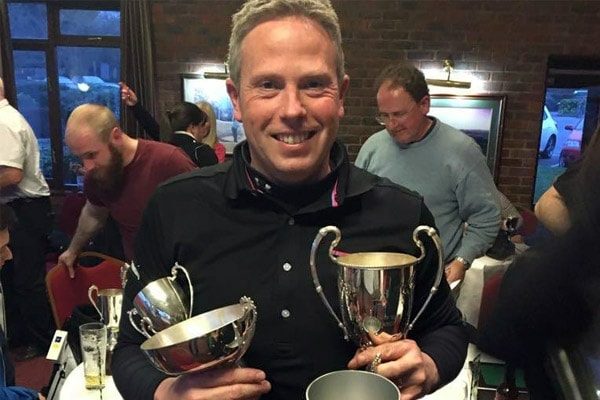 Naga does not have any kids with husband James Hagger. But the couple together has two Siamese cats named Kinky and Ronnie. Munchetty wanted a dog but it would not fit their busy lifestyle. So, they got cats which Munchetty tells are their pride and Joy. 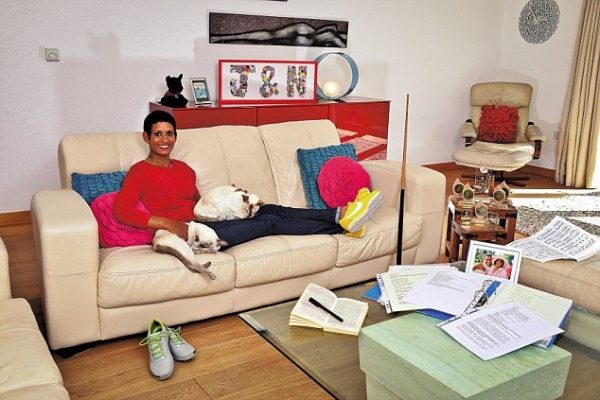 News Presenter Naga Munchetty does not have any kids with husband James Hagger. Image Source: Pinterest