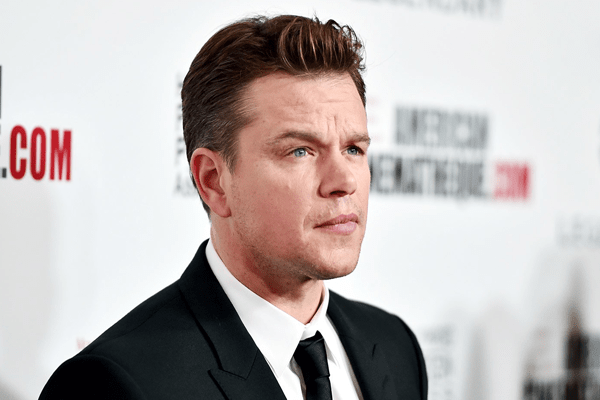 Do you want to see his reaction? Here it is.

In an interview on ABC’s News’ Popcorn with Peter Travers, Matt wanted to jot out the fact that there is a difference between sexual harassment and sexual assault.

According to an insider who is close to Matt, revealed that Matt is reacting to backlash. “Matt has recently been recovered from the Project Greenlight diversity fiasco, we don’t think he wants to get into another controversy,” the insider claimed.

The insider further added that Matt’s response was more about his slip of the tongue than about the fact that he was trying to defend Hollywood’s sexual predators.

According to the same source, Matt always confronts his mind, and this habit often pulls him in controversial issues. Father of four ladies believes that he is not a misogynist.

He was not intentional; he was just trying to make a difference that there is a fine line between harassment and assault. If more people including Alyssa are offended by his opinion, Matt would apologize.

Let’s have a look at the response on the twitter right after his interview.

For his statement, “We live in this culture of outrage and injury, that we’re going to have to correct enough to kind of go, ‘Wait a minute. None of us came here perfect’.”

He got response as:

We are in a “culture of outrage” because the magnitude of rage is, in fact, overtly outrageous. And it is righteous.

It’s the micro that makes the macro.

British actress Minnie Driver also didn’t like his comments in the ineterview.

She had once dated Damon who was her Good Will Hu co-star. She also wrote on Twitter:

There are so many men I love who do NOT frame the differentiation between sexual misconduct assault and rape as an excuse or worse- our problem. Such bollocks..

Gosh it’s so *interesting how men with all these opinions about women’s differentiation between sexual misconduct, assault and rape reveal themselves to be utterly tone deaf and as a result, systemically part of the problem( *profoundly unsurprising)