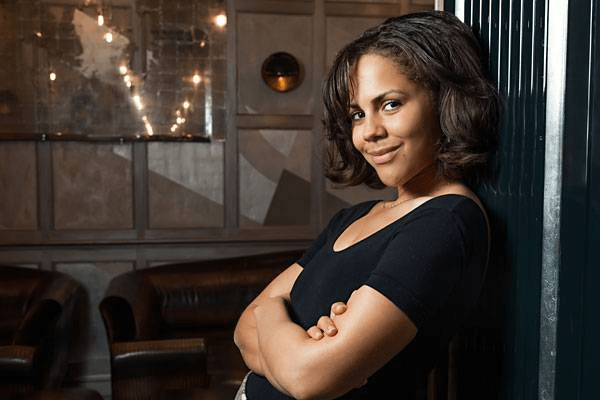 Lenora Crichlow who is best known for her work in Sugar Rush and Being Human began dating Aidan Turner in 2009. The couple met when Lenora played the ghost and Aidan played Vampire on the sets of BBC Three show, Being Human.

The couple began dating soon when they developed a good chemistry. They were frequently seen in public holding hands and giving a peck on the lips. The lovely couple then separated in 2011. Their separation was very sad.

Aidan states that he was heartbroken. However, he accepted the separation and moved on and so did Lenora. The world later knew that Aidan and Lenora were over when he was seen kissing mysterious women out in public. The women turned out to be marketing manager Tara Derakshan. Tara who is proficient in four languages, English, Swedish, Arabic, and French, initially denied that she was dating Aidan.

However, later, Tara and Aidan both unabashedly went out in the public and displayed their love and relationship.

Aidan and Tara seem to be in love. The couple dated for a long time and was spotted kissing in 2016. Aidan has also previously been in a relationship with Sarah Green. Lenora moved on with her life and so did Aidan.

In April of 2016, actress Heidi Reed posted a picture of Aidan and Lenora on her Instagram account. The world went wild with the assumptions about the once powerful couple’s ongoing spark. The couple was seen sitting together with a wine glass around. This automatically sparked rumors of romance going on.

However, when Aidan was seen kissing Tara in September of the same year, the entire possibility of rekindled relationship between Lenora and Aidan went down the drain. Lenora and Aidan were possibly having a reunion with Heidi Reed.

It is currently, known that the Tara and Aidan are in a relationship while Lenora is still single. Unfortunately, Lenora could not make Aidan her husband. Their relationship was not long to stay. However, we are positive that the very beautiful and talented, Lenora Crichlow will fall in love again and soon get married!