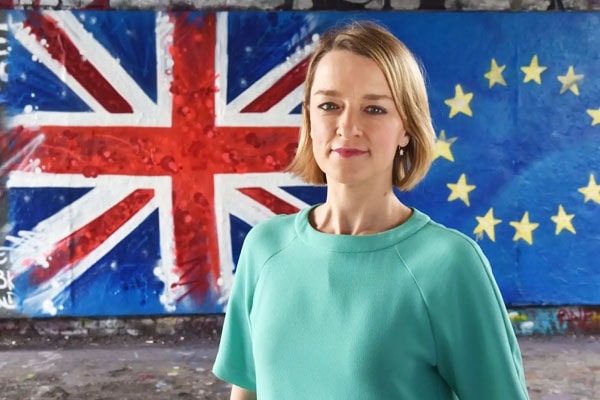 Kuenssberg gave initiation to her Journalism career through a local television and radio program in Newcastle. The British journalist, Laura joined BBC network in March of 2000. Laura Kuenssberg has her blog in the BBC News’ website where she publishes current political affairs on a daily basis.

Net Worth and Earnings as a BBC Journalist

Laura Kuenssberg, who is the political editor of the BBC News, is worth an amount of $2 million. Her professional career as a journalist in BBC has provided her with a large income. 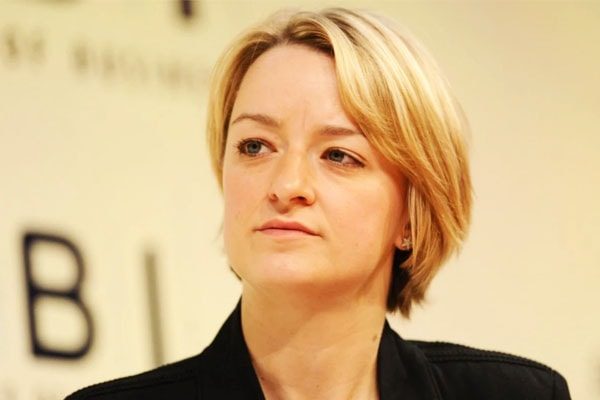 Laura Kuenssberg has a net worth of $2 million that includes her career earnings from journalism. Image Source: The Telegraph

Laura Kuenssberg is among the best-paid employees in the BBC Network. She makes a fair wage of $70,000 to $75,000. Before joining the BBC News channel, Laura Kuenssberg made an income of $200,000 per year in her previous workplace, Newsnight. In BBC, Laura earns an approximate amount of $260k to $325k annually.

The British journalist, Laura Kuenssberg is widely known for interviewing some prominent political figures and publishing news. Because of her profession, she sometimes involves in big controversies that can risk her work and life.

Laura, in 2016, had an interview with the leader of the Labour Party, Jeremy Corbyn, where she was accused of being biased against the party. A petition was initiated that stated to terminate her from the BBC network. Although the appeal was later declined, BBC had to hire bodyguards for Laura’s safety.

For the sake of the people and her work, Laura is ready to go head-to-head with some influential political figures, that once included the US president, Donald Trump. Her journalism qualification has helped her a lot to deal with people and fire them some arguable questions.

Dreadful photo. But it means Trump is arriving soon at Chequers pic.twitter.com/tyd0vf9U1k

It is not just the people who appreciate Laura Kuenssberrg’s work. Her work is recognised by some associations too. In November 2016, Lauras was provided with Broadcaster of the Year award by the Political Studies Association. The award was handed over to her in recognition of her significant contribution to the public understanding of politics, primarily covering the EU Referendum and subsequent developments in June 2016.

Kuenssberg also received the Journalist of the Year award in December 2016 at the British Journalism Awards organised by Press Gazette. The judges added:

“Kuenssberg deserves this prize for the sheer volume and scope of reporting on some of the biggest changes ever in British politics.”

The judges made this statement referring to her coverage of the EU membership referendum and its aftermath.