Home / Entertainment / Katarina Witt makes revelations about her first relationship! Is she married?

Katarina Witt makes revelations about her first relationship! Is she married? 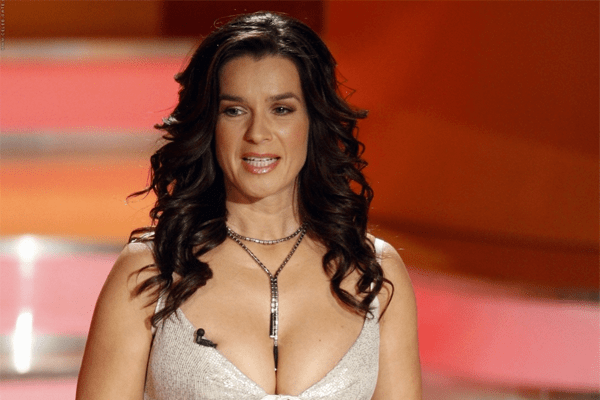 It seems quite difficult to manage a healthy relationship and a successful career while in the glitz and glamor of the acting industry. Katarina Witt has been doing exceptionally well in her professional career but has she been doing equally well in her personal life? There have been rumors that the very talented and gorgeous, Katarina Witt is married! Is this true? Let us find out more about her personal life and affairs!

Katarina Witt has gained wide recognition for her work as the judge for ITV’s Dancing On Ice show. She has also been successful in the field of figure skating. With her successful career, determination, and beauty, who would not be attracted to Katarina Witt?

But Katarina’s dreams were shattered by the East German secret police who were spying on her since she was the tender age of 8. The growing love between them, made the police believe that it would affect Katarina’s concentration. Thus they send him away “as far away as they possibly could” when it was time for his national service. The couple could not even meet on weekends and this is how Katarina’s tragic first love story ended.

Throughout the years after that Katarina focused on her work and also found a way to move on from the tragedy. She was eventually linked to many elites throughout time. She was in a relationship with Ingo Politz from 1984 to 1988. She was then rumored to be dating Alberto Tomba, Rolf Brendel, Marcus Herrmann, Dave Hoffis, Andreas Ruter, and more.

However, Katarina has never really talked about any of her affair rumors. In an interview with Stern magazine, she asked viewers to not believe everything they have heard or read. More recently, Katarina has been linked with German Lawyer and honorary professor Christian Schertz.. Both Katarina and Christian have not accounted t this rumor and are not seen in the public as well.

As for Katarina Witt, she has not married till date and does not have any children as well. Is she really over her first relationship? We are yet to find out!

Visit and read us for latest updates of celebrity news, Entertainment and article.

Finaly after a "hard" day of work I made it to the red carpet of our phantastic laureus17 My… https://t.co/9bgf3SmmxV

Finaly after a "hard" day of work I made it to the red carpet of our phantastic laureus17 My… https://t.co/9bgf3SmmxV