Home / Entertainment / Net Worth of Kash Doll. Her House and Cars

Net Worth of Kash Doll. Her House and Cars 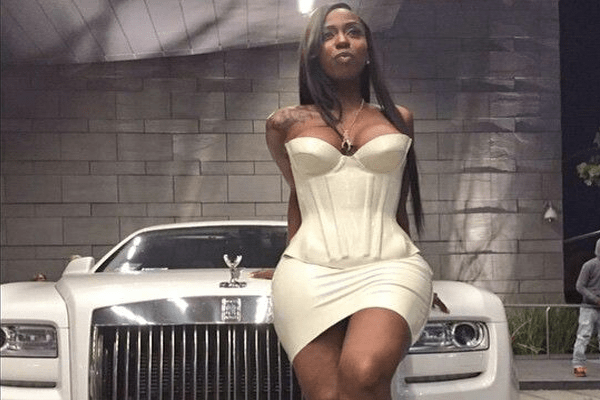 American rapper Kash Doll is a growing name in the musical industry. She has been active in this field since 2014 and has amassed a great fortune. Kash Doll’s net worth is estimated to be $2 million, which is amassed from her profession as a Rapper.

Let’s find more about the rapper’s net worth and assets.

Kash Doll’s Net Worth And Earnings

For Everybody singer, Doll previously worked as a strip-dancer and earned up to $26,000 in a night. Currently living in Detroit City, Doll has been active in music for quite some time now and released her debut mixtape titled  “K.R.E.A.M.” 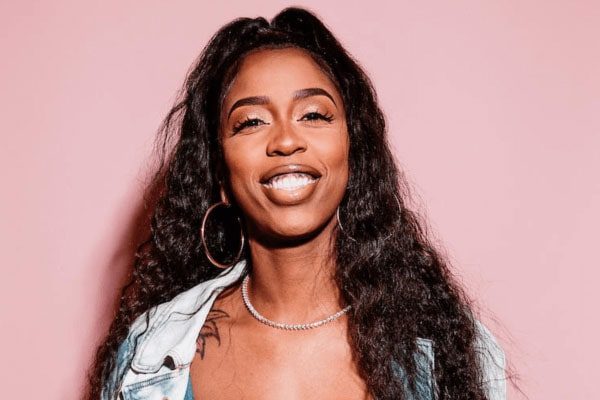 As stated earlier, Kash Doll’s net worth is estimated to be $2 million, with an annual salary of $125 to $250 thousand. Kash is involved in her enterprise Kasha De Doll Beauty, and is also an owner of application KDmoji. Kash Doll’s fortune will plummet accordingly to her aspiring career.

Kash Has Lots Of Cash

Kash Doll once posted a video on Insta where she is retrieving money from Microwave and other kitchen accessories. She took out $5,000 cash bundles one by one. There was $25,000 inside the microwave. The count didn’t stop there. Slowly it reached around $60,000. It looks like Kash has lots of cash!

The hilarious video was, however, made a few years ago.

Though the video was funny and made no sense at all, we know that she has earned a lot from her career.

The rapper often flaunts her property and accessories in social media. Doll also once had clicked the picture of her engraved Diamond watch and Gold Bracelet with added diamonds. That might have cost fortune!

Similarly, she has also posted on Twitter, showing Gadget, iPhone X. iPhone X that costs around $999 to $1,149. 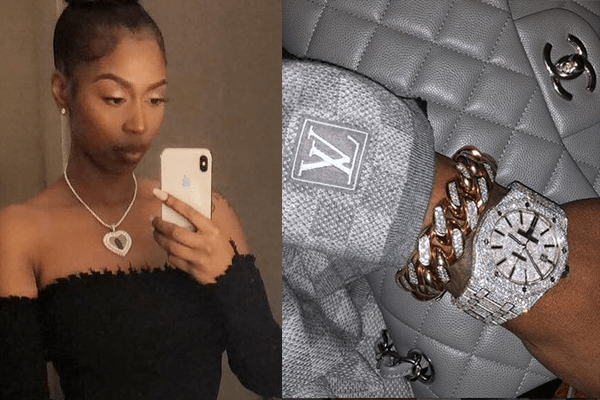 Along with her unique dresses and accessories, Kash also seems to be a fan of designer shoes. She loves to collect them and place them nicely in her shoe closet. Kash is really a diva, and divine is her choice. She has a great fashion sense, indeed. 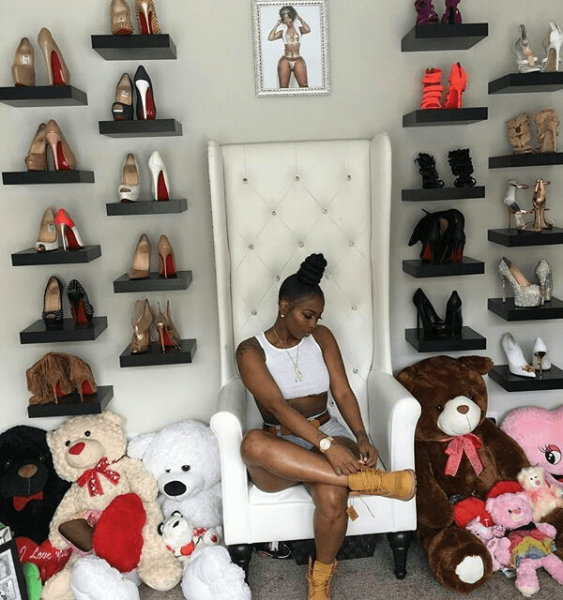 Interestingly, Doll is an owner of Five Cars, two exotic cars, two luxury cars, and one sports car. Previously, she had Benz, BMW, and Maserati cars.  Doll stated that very soon she is going to buy a Bently car. Kash Doll mentioned about her cars in an interview.

Moreover, each car is of high cost, adding to Kash Doll’s assets.

Here is the Instagram post from Kash Doll, posing in front of her house in Southfield, Michigan, USA. Before, she used to live in Detroit city in her parent’s house with her mother, stepfather, and five siblings. 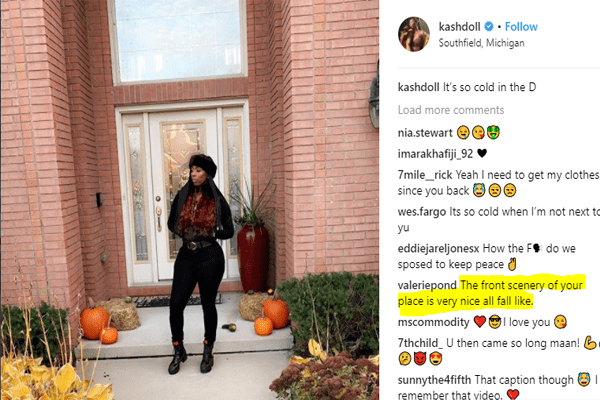 Kash Doll is posing in front of her house at Southfield, Michigan.

So, how does she afford such accessories and assets?  All thanks to her clever mind and business method, she’s able to afford all these luxuries.

This American rapper has accumulated a good amount of money from her music career. In 2014, she remixed Tinashe’s 2, and that gave her a new break. Later, she got the booking, collaborations, appearances, and hosting deals that earned some money and tons of experience as well.

Afterward, in 2015, she released the first mixtape Keisha vs. Kash Doll that reached 600k downloads in just two days of release. Similarly, her greatest two hits in 2017 For Everybody and a cover Run Me My Money, gained more than 750,000 views. And this was just in the first five months.

Eventually, her hard work paid off, when Drake personally called her to perform in the Detroit, summer sixteen date. This definitely was a huge exposure, and continuously, Kash Doll’s wealth is increasing.

Kash released her debut studio album Stacked in 2019. Her single “For Everybody” has been viewed more than 10 million times on YouTube. She also opened for Meek Mill on his The Motivation Tour in 2019.

Kash Doll is also a Businesswoman

Along with a musical career, Kash has also started a business of her own. Kash Doll Collection says, she has Kasa De Doll Beauty boutique in Detriot, Michigan, and Bar with the same name in Columbus, Ohio. Surely, income from Kasa De Doll Beauty enterprises sums a lot to Kash Doll’s fortune. 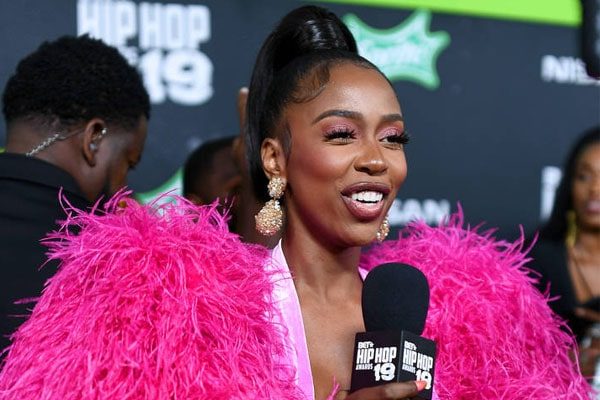 Apparently, this emoji listed in the top ten applications in the Apple App Store. Similarly, her site sells goods that add to Kash’s riches. Few goods from her website are listed below along with their respective prices:

Finally, have a look at the video where Kash Doll is enjoying in her car.

Kash Doll loves her blings. Let’s hope she continues the hustle and earns more fame and name in the future.