Karina Smirnoff: engaged to the wrong man in desperation? 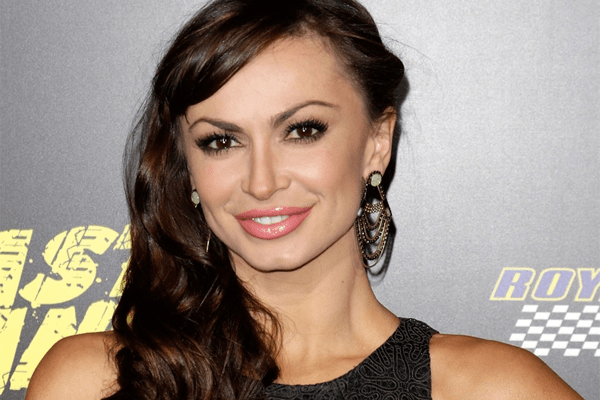 Karina Smirnoff was in a relationship with Choreographer Maksim Chmerkovskiy. Smirnoff and Chmerkovskiy looked deeply in love. In December 2008, Maksim proposed to Karina at Las Vegas and the public rooted for them. This seemed to be going exceptionally well for a few months. But then in 2009, the couple had broken their engagement. Sources revealed that while Maksim was ready to start a family, Karina wasn’t which drove them apart. Now Maksim has a family and Karina wishes to!

As saddening as it was, the two parted ways and moved on. Maksim later got married and is the father of a child. Karina also moved on with her life and started dating MLB pitcher Brad Penny. The couple got engaged in 2010. But things were not correct this time either. The couple soon separated in 2011. Later on, Brad went on to get married.

But that was not it for Smirnoff; she then began dating American actor, Jason Adelman. The relationship landed in a quick engagement. Unfortunately, the engagement did not last long and ended in 2015. All the loves of her life have gone down in flames.

Karina in an interview said that she has not chosen ‘wrong people’   but is in a state in her life where she is desperate to have children and become someone’s wife. She also admitted that at times the desire of it becomes bigger that knowing what has been happening.

Has Karina Smirnoff’s desperation to get married ruined her future? According to her saying Karina is most certainly not getting into a relationship so easily now on which is good for her. While all of Karina Smirnoff’s exes are moving on with their life and heading towards marriage and raising kids, Karina is still finding the love of her life. Maybe good things come to the people who wait!

Karina Smirnoff was in a relationship with Choreographer Maksim Chmerkovskiy.