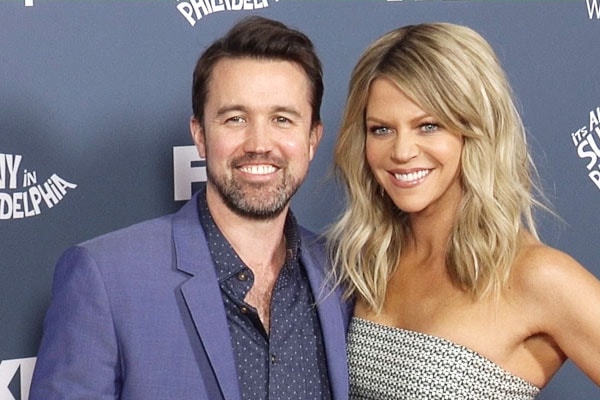 It’s not surprising to see two co-stars falling in love on the set and dating. It has happened with many celebrities, who fall in love and get into relationships. The couple often is seen dating, but eventually, end up breaking in a short time. But, it does not often happen that the couple who fall in love on the set end up taking wedding vows and live a healthy married life.

Kaitlin Olson, a well-renowned actress, is one of those who happened to meet the love of her life at work. She fell in love with her co-star, Rob McElhenney from It’s Always Sunny in Philadelphia, and they both turned their love affair into marriage. Their marriage bonding is going as perfect as they would have imagined alongside their two beautiful children.

Kaitlin Olson fell in love with Rob McElhenney, and both ended up marrying. The wedding took place in Malibu, California on September 27, 2008. The marriage ceremony was attended by some of the other co-stars too from the series. 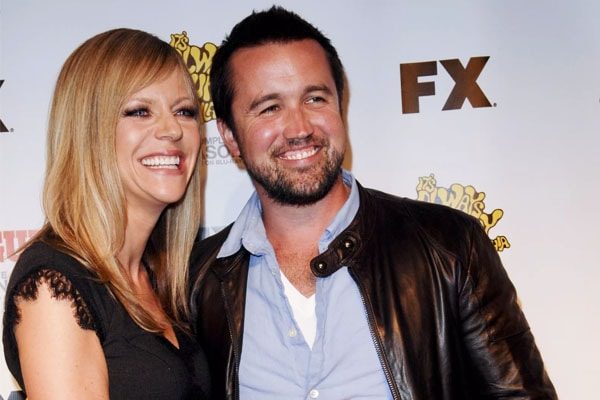 Rob is the one who cast Kaitlin Olson as the actress for the series as he was the co-creator and the executive producer of the series.

My wife at rest. She deserves it more than any person I know. #InternationalWomensDay #bird pic.twitter.com/BiYK4PLot2

The couple has mutual respect. They both like each other’s company and believe that working with a spouse is pretty great.

Kaitlin Olson and Rob McElhenney’s Relationship With The Kids 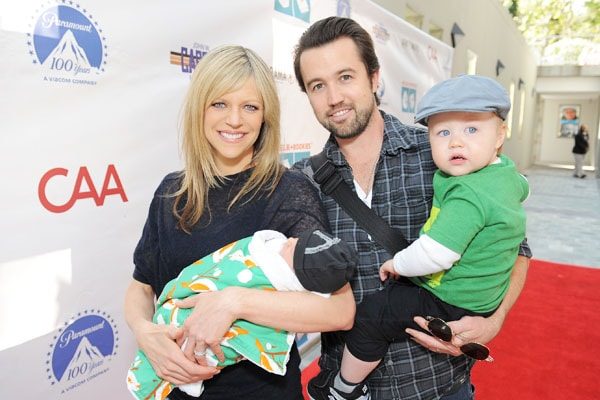 Having children is always a definite inspiration for any couple. Likewise, Kaitlin Olson and Rob McElhenney are living a healthy and happy life with their children.

Speaking about her elder son, she mentions:

“Axel is wide awake in the evenings. We give him a bath and stare at him. Then he sleeps for five or six hours. He’s our dream baby!”

Every child is their parents’ favorite. Likewise, the television series stars, Kaitlin and Rob like to spend their time with the children. This helps them to make their bond stronger and grow more like the responsible parents. The kids inspire them to work harder. But at the end of the day, it’s always about the kids. The lovely couple like to return home after the shoot, and spend their precious time with their kids.