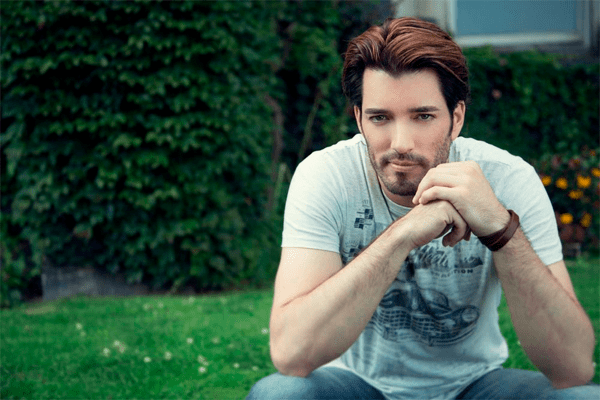 It is really hard to find a perfect partner and especially in the glitz and glamor industry, it is almost impossible. Jonathan Scott failed his first marriage but he might be one of the lucky few to find true love the second time. Jonathan Scott has been dating again so it might be quite possible. Scott talks about his failed marriage and his new relationship. Let us get into the details of Jonathan Scott’s personal life!

How did Jonathan Scott’s marriage fail?

The Property Brothers star, Jonathan Scott was married to his first wife, Kelsy. His former wife, Kelsy is an airline crew scheduler. The couple met in 2007. They moved to Las Vegas from Canada and fell deeply in love. Eventually, the couple got married. They stayed together for 2 years. However, things did not turn out well in the last year they were married and eventually separated to have a divorce.

Jonathan Scott is ready to talk about his personal life and in a recent interview with PEOPLE in March, he came out clean about how he failed his first marriage.

Jonathan Scott shared in the interview that he and Kelsy were young when they got married and that “there was a rush going into it”. He also revealed that the marriage was not something that naturally happened as Kelsy “wanted to get married on 07/07/07” explaining that the couple had not a clear intention of getting married but the entire occurring was a rush to achieve the date of marriage!

As everyone learns from their failures, so did Jonathan from his failed marriage. He revealed that he learned from the experience that “you can have two good people who are just not good for each other.” He also understood what he “wanted in a relationship” and he is happy that they figured it out early!

Jonathan Scott had been single for a long time after his marriage but he is back at dating now. Jonathan Scott is in a relationship with the lovely Jacinta Kuznetsov. The couple has been dating since a year. They made no announcements about their relationship but it was quite easy to figure out. Jonathan shared in an interview that after he began dating Kuznetsov, “Everything changes, but changes for the good.” He shared his ecstatic happiness of dating Kuznetsov in an interview with Hollywood Life and revealed that marriage might come up “Definitely in the future”!

It was this kind of evening! ❤️❤️❤️ beautiful country. beautiful people #cancun #mexico