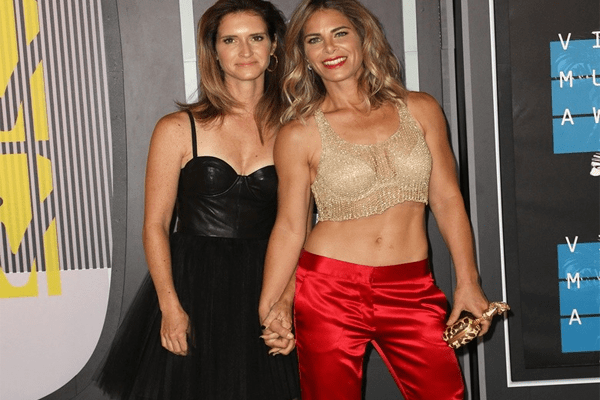 Jillian Michaels is an American TV personality and notably a personal fitness trainer. Michaels became the news sensation when she made a romantic proposal and announced an engagement with to be Jillian Michaels wife, Heidi Rhoades on TV on ‘Just Jillian’ season finale. 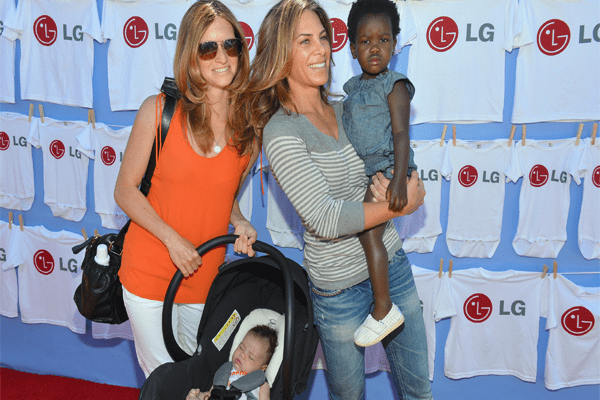 Fans became shocked when Jillian spoke about her sexuality in 2010. The things became more strange when Jillian Michaels’s fans knew that she is dating a girl. In fact, Jillian and Heidi were dating since 2009.

After the declaration on her sexuality, they weren’t afraid of living together. The duo adopted a 2-year baby girl from Haiti in March 2012. In the same week, future Jillian Michaels wife, Heidi Rhoades gave birth to a baby boy. 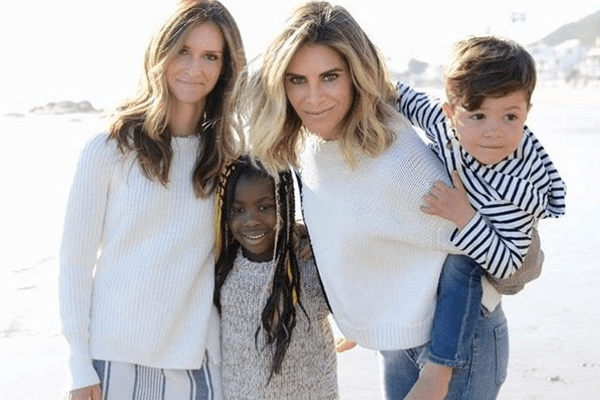 It’s true that Rhoades is the biological mother of a son, Phoenix but details regarding her pregnancy is still a mystery.

Jillian and Heidi celebrated the engagement ceremony on March 8, 2016.  Interestingly, it was a romantic propose from Jillian. The romantic video was played on the screen and Heidi was feeling overwhelmed.

Moreover,  Jillian and Heidi’s friends and family were present to make the moment more special. And not to mention, it was the season finale of the Show Just Jillian. The clip was so romantic and emotional that, all the eyes were filled with tears.

After the video clip ended, Jillian went on one knee to propose Rhoades for marriage. Then she proposed in style saying,

“I know I’m an a**hole a lot of the time, but if you will continue to put up with me, I would like you to marry me,”

At the same moment, people including their son and daughter cheered from the background. To make the proposal more official, she bought a diamond ring as an engagement ring for herself.

On the same day of engagement, she made us know that they were engaged four months earlier, via Twitter.

About 4 months ago 🙂 but @PerezHilton busted me with the ring on! https://t.co/r4ItTLKlhU

Furthermore, Michaels brought an emerald cut platinum band by Martin Katz for herself. And the ring for her love Heidi that she gave her in 2012 was a small white diamond, and Irena Eternity Band set in 18 karats white gold.

After the romantic proposal and engagement, fans and spectators are excepting Jillian and Rhodes marriage very soon.

The kind of bond these two have is commendable. Additionally, the love and affection they spread over their children, without discrimination, is really appreciable. Not to mention, the commonness and love these two exchange increases the possibilities of their marriage soon. 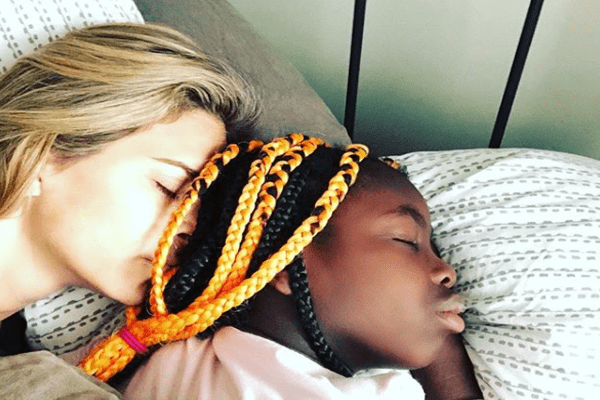 The duo may be planning to tie the knot and add a third child to Jillian’s growing empire. Already, Jillian’s family possess two kids, a fiancee, business partner Giancarlo Chersich and fifteen pets.