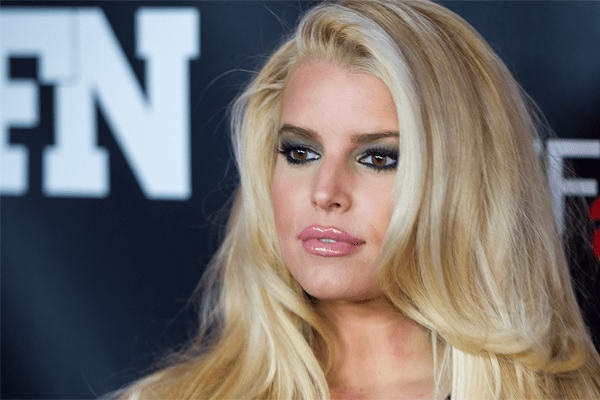 While we thought, Jessica Simpson was away from the limelight of controversies, she is at it again! This time she is being slammed by the critics for posting a picture of her daughter wearing a bikini. The internet meltdown happened on Tuesday and Jessica Simpson it being mom-shammed really bad. Let us get into the details of this internet meltdown!

Jessica Simpson’s 5-year-old daughter Maxwell is tiny and cute as her mother. Jessica Simpson, the proud mother took it to Instagram to post an adorable picture of Maxwell wearing a bathing suit and a helmet while posting on her hot pink scooter. Simpson captioned the picture, “SAFTEY FIRST”!

The picture was as inappropriate as it was cute as per some of the critics who had the interest in thoroughly analyzing the picture of a 5-year-old celebrity kid. Jessica Simpson was not far from criticism right after the post appeared.

The aftermath of the event

Simpson was slammed hard for sexualizing her daughter online! Mom-shamers came forth to describe the picture as being “inappropriate” and “disturbing”! tweets and comments like “Protect your children” were all over the internet making up a big scene. “Shame on you for exposing your daughter instead of protecting her” was what one of the critics tweeted. From twitter to facebook and other social media account, people gathered to share their views on what seemed to be a tiny event.

Jessica who has been super fashionable and open was not hesitant on posting such a picture of her daughter. But, she got badly body-shamed for it. Had it been any other superstar would it have been the same?

While some have been grilling Jessica Simpson for the post, other fans have been hugely supportive of her. A fan wrote that “Any adult” that might think of the 5-year-old as “something other than playing outside and having fun has issues” which is undeniably true! People also supported her by asking the haters to stop being so “misogynistic” by “allowing males a free pass and shaming women”!

Lately, there have been a lot of mom-shamming in the Hollywood and glamor industry. On a more recent affair, Ariel Winter’s clarified her position on her daughter’s way of dressing!

Jessica Simpson had yet to make her comments in this regards.Until then, ‘haters gonna hate’!