Home / Entertainment / Have Jenny Slate and Chris Evans broken up? What went wrong?

Have Jenny Slate and Chris Evans broken up? What went wrong? 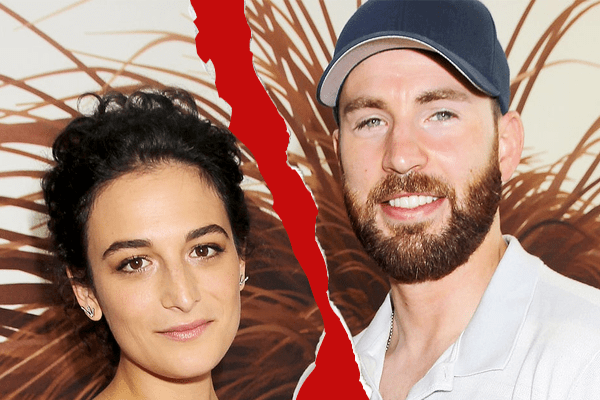 As per the recent ongoing rumor, yet another dreamy fairytale love story has come to an end in the arena of Hollywood! Jenny Slate and Chris Even’s 10-month romance has now come to an end! The Obvious Child star Jenny Slate recently revealed to the New York Magazine how things fell apart with the Captain America star Chris Evan! Let us dig into the details.

What went wrong between Jenny and Chris?

We know the hot and muscular, Chris Evans from his role from the hit American movies Captain America and Fantastic Four as the Human Torch! While Evans is lighting the torch in his career every time, we know Jenny for only a few roles over the years such as Board to Death and Big mouth. And part of the popularity was the reason of their break up as revealed by Jenny!

The once power couple, Jenny Slate and Chris Evans met on the sets of their upcoming movie Gifted as each other love interest on screen. However, the love drifted off-screen as well when the couple went from just friends to taken!

As revealed by Jenny Slate in an interview with New York magazine Vulture in March, both of them are totally different and also that she hated Evans’ Game Night! Jenny Slate openly talked about the end of her relationship naming the cause to be Chris Evans’ popularity! Yes, Jenny shared that for Evans to go to a restaurant is very difficult than for her! In a simpler and wittier note, she shared that she simply says hi to people on the street because she is “not Captain America” and “mostly a cartoon”!

EXCLUSIVE: Get a sneak peek at “Gifted” starring Chris Evans — and happy #NationalSingleParentDay!

Slate was previously married to her ex-husband Dean Fleischer-Camp. Slate revealed that she started dating Evans even before the divorce had been finalized! Lastly, Jenny added that she is “pretty relaxed about it right now” because she knows Chris and how nice he is and that both of them have gone their separate ways! She showed that hope that she would love to be his friend someday.

It seems like Jenny has no regrets about giving up the Captain America we had always wished for!

What went wrong between Jenny and Chris?