Home / Entertainment / Who is Janae Jordan? Photos of Bunny DeBarge’s Daughters With Facts

Who is Janae Jordan? Photos of Bunny DeBarge’s Daughters With Facts 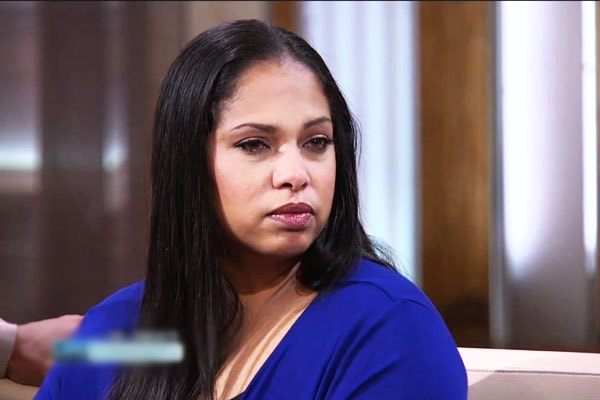 Janae Jordan is one of the four children of Etterlene “Bunny” DeBarge. Born on March 15, 1955, Bunny DeBarge was the eldest child amongst the ten children born to Etterlene Abney and Robert DeBarge, Sr. Bunny DeBarge is best known as the American soul singer and songwriter.

DeBarge was 17 years of age when she was first married. She was dropped out of school in 1972 and married her first husband. Bunny DeBarge gave birth to two children from her first marriage. Later, she got divorced. She married for the second time and had two children from the second husband too. Janae Jordan is one of the four children. Because of her low key life, there is no any adequate information about her husband and her other three children.

Janae Jordan is one of the children of Bunny DeBarge. Unlike the other three children, Janae Jordan has always been supporting her mother. Bunny DeBarge and her brothers had gone through a lot of mental and physical torture from her childhood.

Bunny DeBarge, the mother of Jane Jordan, was sexually molested by her father since she was seven. Also with her brothers’ influence, she was involved in drugs which started with marijuana and even prescription drug during her peak time with the DeBarge music. This later became her addiction which she even took further with the use of cocaine.

Me with my sister and my girls

Janae Jordan was always by her mother’s side in bringing her to the road to recovery. It was difficult for her but ended up with good results. Jordan’s mother, Bunny DeBarge had to enter rehab several times to kick her drug addiction out of her life. In 2008, Bunny DeBarge even wrote a book on herself and her life, The Kept Ones. The book describes the abuse she and her siblings had to face with their father and her dealing with drugs.

Bunny DeBarge was in the rehabilitation centre with her brothers Randy and James. She mentions in the book that Randy and James got out of the rehab in a few days but Jordan’s mum, Bunny completed her entire course and experience in the rehab. This was only possible by her willpower and her love for children including Janae Jordan.

Janae Jordan has many cousins, son and daughters from her mother’s siblings. But Bunny DeBarge’s other three children have not come to the highlight by any sources. Even in 2011, James, Randy, and Bunny DeBarge appeared in the talk show, Lifechangers alongside Bunny’s daughter, Janae Jordan.

Janae mentions that everything that happened in the past was according to the situations and moving on, she does not want to remember her mother’s previous days. She forgives her and only wants to focus on her and her mother, Bunny DeBarge’s future.