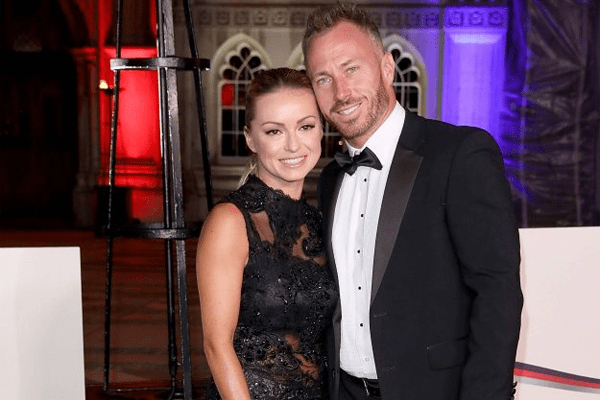 The lovely power couple, Ola and James Jordan is all set to have a baby once James is out of the Celebrity Big Brother house.

Ola and James both are professional dancers and met in 1999 in a dance competition in Blackpool. The couple trained together for two years while James still had a girlfriend. Soon, Ola and James got romantically involved while on a trip to Hong kong. The couple married in 2003 and has been together since. Finally, after 13 years, the couple has started drawing out plans to expand their family.

At present, James Jordan is a housemate in the Celebrity Big Brother house. He is doing well and has also been involved in fights which are pretty normal in the CBB house.

Baby plans are being made by the I’m a Celeb star. In a recent interview on ITV’s Loose Women, Ola reveals her plans on having a child with her 13-year husband. In Ola’s own words, her ‘clock is ticking’ and she is not getting any younger.

She also agreeingly says that James would be a good dad. Ola furthermore added that James is a sweet boy and a good person. We can’t agree more.

In more recent events, Ola was seen defending her husband after James meddled with model Austin Armacost by putting water in his bed causing Austin to lash out at him. When the viewers turned against James, Ola quickly came to the rescue. Isn’t that what spouses are supposed to do?

Ola and James were revealed to be the new faces of Ann Summers for which they clicked racy pictures. They have also been doing campaigns for Ann Summers.