Home / Who is Jacob Sartorius Dating After Breaking Up With Millie Bobby Brown? Dated For Seven Months And Parted Ways

Who is Jacob Sartorius Dating After Breaking Up With Millie Bobby Brown? Dated For Seven Months And Parted Ways 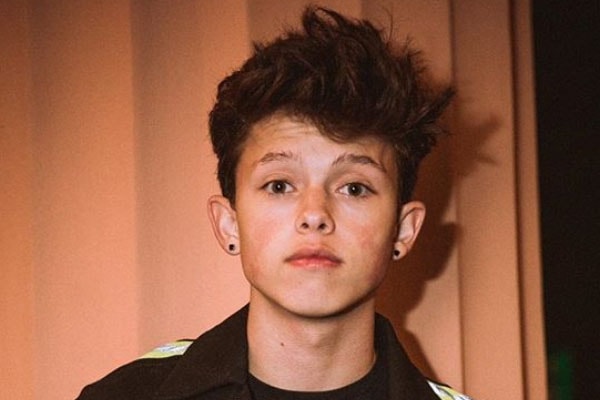 As of now, Jacob Sartorius is possibly single and dating no one. He was previously dating ex-girlfriend Millie Bobby Brown. However, their relationship couldn’t last long and got separated.

Jacob Sartorius is an American singer and internet personality, who is famous for lip-syncing videos on TikTok. As he is enjoying his music career, Jacob has also been in several relationships. By the age of 16, Millie’s ex-boyfriend had amassed two RIAA certified gold singles and even was nominated for a Teen Choice Award in the favorite viral music artist category.

It was reported that Jacob Sartorius and Millie Bobby Brown first met in October of 2017. After three months, Brown posted a picture on Instagram holding a teddy with the caption ‘Thanks for the Bear’ and also red heart emoji and Sartorius replied writing ‘of course’. Well, that was huge evidence to prove that the two were officially dating back then. 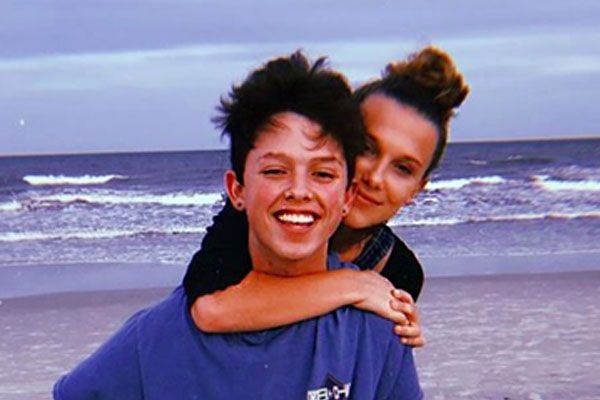 The former couple of Jacob Sartorius and Millie Bobby Brown were reported spending time with each other on vacation. They together spent New Year’s Eve with Brown’s family at Walt Disney World in Orlando, Fla. Brown uploaded a picture on Instagram of her kissing Sartorius with a caption ‘Moonlight With Him’. However, the picture was criticized by many people including Ariana Grande and later she deleted the picture.

The two teen couple called it quit after Jacob Sartorius was found cheating on the Internet. A video in which Sartorius was asking a girl for naked photos were out. It was also reported that he requested nudes from his music video co-star Morgan Cryer. Back in 2016, Jacob was involved in a similar controversy after he pressured her fan for naked photos.

After that, the couple parted ways and still have friendly relation. They both announced their breakup on Instagram stories. 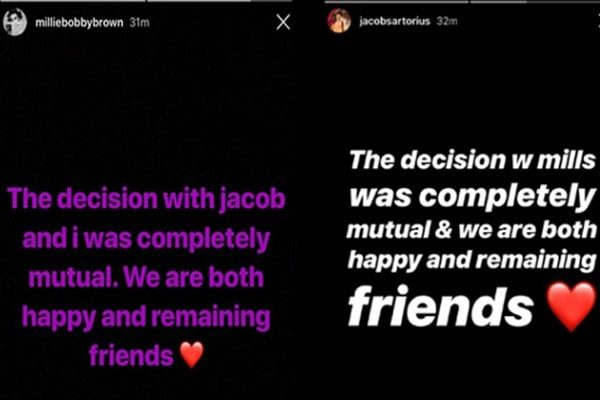 After all the cheating allegation, Brown deleted every trace of him from social media. The couple decided to leave each other with a mutual conclusion.