Star of OITNB, Jackie Cruz sports a yellow one piece look in Italy 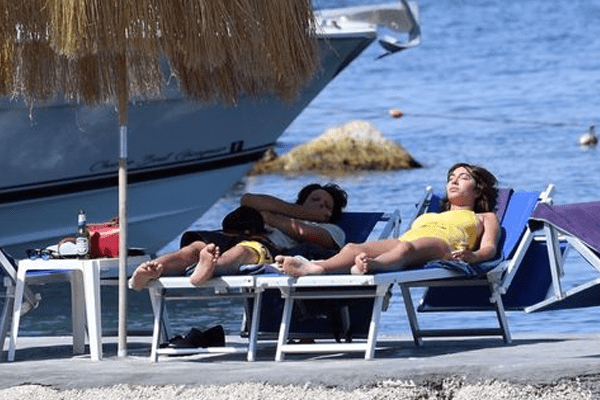 Did Jackie Cruz’s one piece look steal the show?

TMZ took to the beach of Italy to grab some hot and skimpy pictures of the OITNB star. The tabloids make sure that they took pictures of the very hot Jackie Cruz’s one piece look moment in every angle for the public to see.

Cruz was a with a man, possibly known to be her boyfriend and was chilling. She was spotted taking pictures with her camera and drinking beer in the hot Italy weather.

Cruz’s back looked perfectly arched. Her body perfectly complemented her short hair and adorable face. Cruz is definitely showing off her beach body that she has worked hard for.

When did Jackie Cruz gain prominence in the acting arena?

While Cruz is having the time of her life now with all the media attention and love from her fans, it was not so a few years ago. Jackie Cruz came into the limelight when she was cast in the Netflix original, Orange is the New Black as the character Marisol “Flaca” Gonzales.

Cruz had to struggle a lot before she came into the spotlight. At one point in hr life, she was homeless and also suffered a collapsed lung due to a car accident.

She worked her way towards the music industry and was once even friends with Kourtney Kardashian. Eventually, she worked as a model and also waited tables until she finally was cast in OITNB. Cruz is currently in a relationship with her boyfriend but is open to relationships with women as well.