Home / Entertainment / Is Tory Belleci married to his rumored girlfriend or to his work?

Is Tory Belleci married to his rumored girlfriend or to his work? 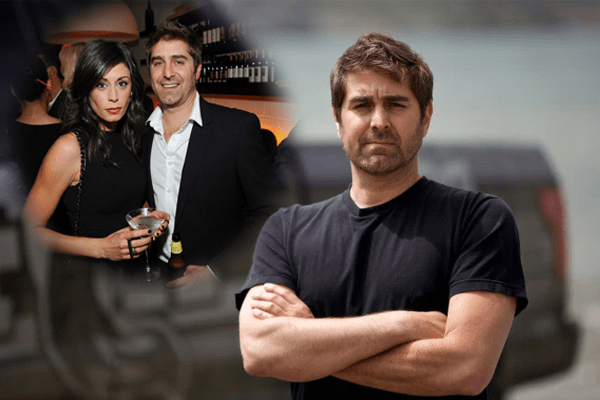 Discovery Channel television program MythBusters’s Tory  has gained wide coverage for his remarkable work but the same cannot be on his personal life. Tory Belleci is rumored to be in a relationship with his secret girlfriend, Francesca. Though Tory  has been trying to keep his personal life away from the limelight, let us get into the details of his relationships!

Who is Tory Belleci’s rumored girlfriend?

Tory Belleci, 46, seems to be single as per his daily happenings but it has now come into existence after a lot of digging in his social media circle that he has a secret girlfriend. Tory Belleci who was once regarded to be allegedly gay due to his low involvement in personal life, has now been known for his secretive interesting life.

Running on two hours of sleep & way too much coffee. @FrancescaGMG #Brooklyn pic.twitter.com/H1byjEYp

Running on two hours of sleep & way too much coffee. @FrancescaGMG #Brooklyn pic.twitter.com/H1byjEYp

That might not have sounded quite significant to onlookers at the time but the mentions eventually increased.

Francesca Garigue was also quick to reply with a sweet, “Thank you, darling! I love you.”!

@ToryBelleci Thank you darling! I love you.

Tory Belleci had been nominated for the show MythBusters in 2013, thus Francesca Garigue took it to Twitter to wish the entire team of MythBusters the best of luck. What came in response attracted the tabloids towards this growing love story. Tory had replied with a “Wish you were here”!

@FrancescaGMG Wish you were here!

Their growing love was easily visible on their social media accounts, but since 2014 the mentions eventually faded. Not much is known about what happened in between them. But looking at the constant pressure of work that Tory Belleci is facing, it is easy to say that the reason of the fading love might be their respective careers.

Is Tory Belleci secretly married or busy with his work?

Tory is mostly seen focused on his work. Tory along with his co-host Kari have worked for Thrill Factor after MythBusters. There were rumors that Tory was having an affair with Kari but she then got married to Paul Urich, thus diluting all the rumors. Tory Belleci seems to be in no hurry to get married and is doing remarkably well in his career.