Home / Entertainment / Is Tom Payne Gay? Are His Past Dating Affairs And Current Relationships Showcased To Fence The Rumors?

Is Tom Payne Gay? Are His Past Dating Affairs And Current Relationships Showcased To Fence The Rumors? 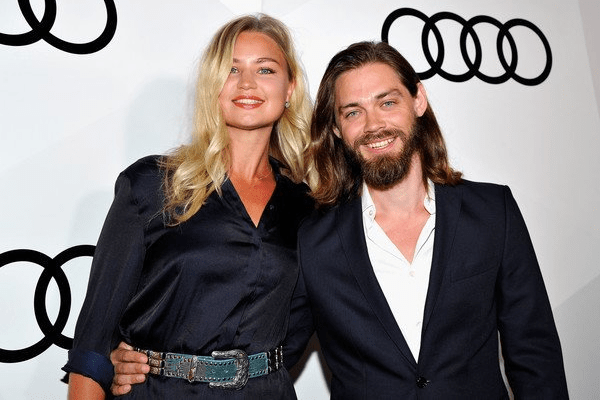 People tend to just keep on spreading the rumors of the celebrities that might not even be true. On the ever increasing list of gay rumors, Walking Dead’s star Tom Payne is added to the list. Read more to know whether Tom Payne is gay or not.

Recently, Payne revealed his new role as “Paul Jesus Rovia” in the popular AMC series “Walking Dead”. The star revealed about his Jesus role as a gay in the comic books. When he was asked about his character at Los Angeles International Airport, he replied with:

“I don’t think so. They haven’t done that with any other characters really,’

“He wasn’t closeted. It just hadn’t been mentioned on the show,”

“There’s no difference between a gay person and a heterosexual person at the end of the day,”

The gay thing was only limited in the character until and unless he posted a picture on his twitter that made people assume him as a gay in the real life too. He tweeted a post with twitter account @anthonyfranc1s (Anthony Francis) and captioned it as “1 week 4 days until my beautiful boyfriend arrives”

It’s wrong to tag someone as a gay only if he plays a role of gay or posts anything like gay. All those tweets might be just for fun. In one of the recent interviews with TMZ, Payne confirmed about his “gay” character and also revealed that he is not a gay.

At the moment, British actor Tom Payne is dating Swedish Model Jennifer Akerman. This might be the strongest evidence to prove that he is straight and NOT GAY at all. Or, is it just a way to fence the gay rumors in the market?

The couple started dating since 2013 and still counting on. They have maintained a strong relationship. The couple has been spotted in numerous dinner dates.  However, the couple is not married yet but they will be planning for it.

On this @su2c day I would like to say that September is #ChildhoodCancerAwareness month. @honest will donate $1 to @maxloveproject for every post with #HonestLovesMax Thankyou to my friend @ewachsberg for introducing me to the MaxLove Project. Check out Maxloveproject.org for more info and Maxlovemarket.com for the Hope beanies!! #GiveHope #MaxLoveProject #MaxLoveMarket

As per sources, Payne once had an encounter with English actress Heather Hollingworth. But there is no any evidence about their relationship, thus, the news got vanished into thin air. His on-screen matchup with English actress Kaya Scodelario in Skins in 2007 was liked and praised a lot.

Overall, Payne has been in a relationship with a girl so we just cannot directly indicate him as a gay and it can also be not said that the relationship has started to fence the rumors in the market, as they have been together for a long time now.

Tom Payne with his girlfriend