Home / Entertainment / Is Mackenzie Davis in a dating affair with boyfriend or just a crush?

Is Mackenzie Davis in a dating affair with boyfriend or just a crush? 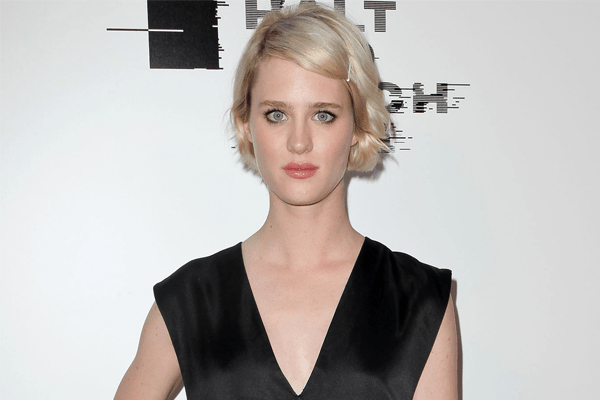 Actress Mackenzie Davis has been very shy and reluctant on speaking about her personal life but she might have slipped a few details in an interview about her crush. With each passing year, Davis has been doing many movies and has also been forming celebrity crushes in the meantime. But it is just a crush or is she taking it to the next level? Let us find out more about the amazing Mackenzie Davis’s crush and boyfriends!

Who is Mackenzie Davis crushing on?

When on an interview with co-star Imogen Poots at Los Angeles in 2014, the two talked about boyfriends, relationships, and crushes. Mackenzie shared that she was “testing the waters” and was “woefully single”. Furthermore, she shared that she wished to have a “crush on someone”! She revealed that she hasn’t had a crush on anyone for a long time.

Back in 2014, Mackenzie was seen in the movie, The awkward moment with co-stars Zac Efron, Miles Teller, and Michael B. Jordan. When asked how she felt about Zac Efron and the other boys in the movie, she shared that Zac was “comically good-looking” and that he looks like a statue “sculpted out of marble!”.

Mackenzie seemed to be crushing a little over Zac Efron! But who does not? Of the other boys, Davis shared that they were “all so sweet”!

Mackenzie also revealed that Facebook plays a huge role in a relationship and shared of an event where her boyfriend cheated on her and she realized that she needed “to get off “ facebook!

What are Mackenzie’s thoughts on feminism and female body objectification?

In a 2016 phone interview, Mackenzie Davis shared her thoughts on how she felt about feminism and body shaming. She shared that she does not like it when a woman’s body is used as a “measuring stick”. She talked about how she says “No” when she is asked to use her height to prove something. Davis also displayed her anger at the feeling of being commented on by people. She said that it is “bizarre” when people “comment on and edit” the facts of her body and height.

Mackenzie Davis is currently working on her upcoming movie Blade Runner 2049 and Tully. She has been very busy in its making which will soon be released in 2017 and 2018 respectively. Her professional life seems to be going great and so is her personal life.