Home / Entertainment / Gwyneth Paltrow has found new love! She introduces us to her boyfriend Brad Falchuk!

Gwyneth Paltrow has found new love! She introduces us to her boyfriend Brad Falchuk! 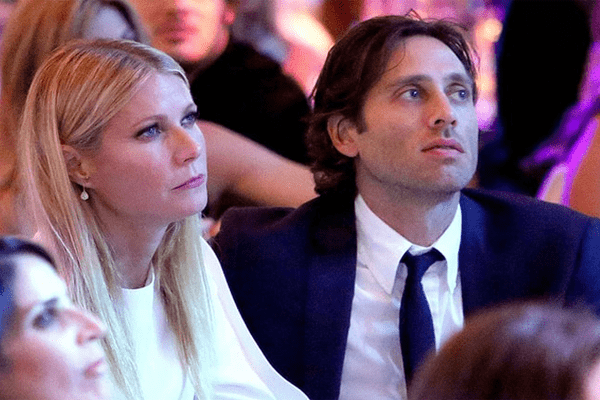 Actress and lifestyle guru, Gwyneth Paltrow took it to Instagram to wish the love of her life a warm happy birthday which got all her fans wild with delight that she finally revealed some spicy detail about her life.

Paltrow posted on Instagram a sweet message written, ‘Happy birthday, handsome’ captioned below a lovely but blurry selfie of them. The couple looked adorable in the picture and the captioned somewhat proved that Paltrow was giving us an insight of her personal life.

Brad Falchuk is also a well-known actor who is known best for his work on the comedy TV series, Glee. The very charming and indeed handsome, Falchuk met Paltrow in 2010 while they worked together on the Fox series. Falchuk has been divorced from his TV producer ex-wife, Suzanne Bukinik.

Brad and Paltrow became romantically involved in 2014 only. Even though they were secretly dating, they never made public appearances. Paltrow never talked about Falchuk with the paparazzi. She kept tight-lipped about her relationship with Falchuk and so did Brad himself.

However, the secret was out this Wednesday when Paltrow posted the sweet birthday wish. Paltrow now seems to be showing off her boyfriend or mostly introducing her personal life affairs to her social media sites for us to see.

However, this is not the first time that Paltrow tried to share with us her private details. She gave us a hint of Brad Falchuk during the thanksgiving holiday. Falchuk was seen in her collage of the Thanksgiving holiday. She also tagged Falchuk’s mom in it and wrote, “I could not be more grateful for these people and those not pictured who bring love and laughs and heart to my life,”

Paltrow is close friends with her ex-husband Chris Martin and both of them are ok with each other’s life.

The sudden appearance of Brad Falchuk in the actress’s social media site has risen many questions towards their relationship! Is it true that the couple is dating or is they just friend?

Women have been exposed to toxic chemicals in cosmetics for far too long – it’s time to take action: https://t.co/zgZ1zscBsU pic.twitter.com/hxJxslCnc2

Women have been exposed to toxic chemicals in cosmetics for far too long – it’s time to take action: https://t.co/zgZ1zscBsU pic.twitter.com/hxJxslCnc2