Grey’s Anatomy actress Sara Ramirez comes out as a bisexual? 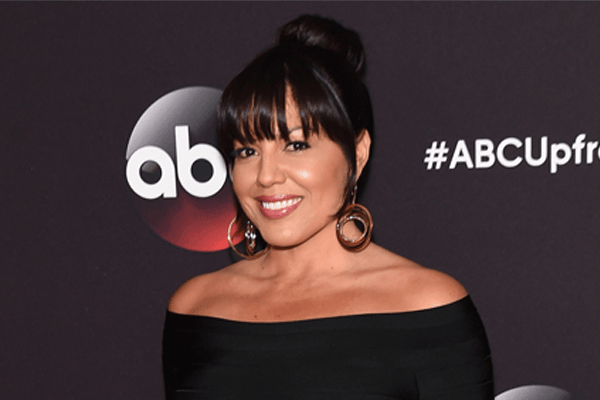 We might not be acquainted with hearing the name Sara Ramirez but might be familiar with her character Dr. Callie Torres in the medical drama series, Grey’s Anatomy. There are now rumors that this Mexican-American beauty, Sara Ramirez has come out as being bisexual even though she is married to husband Ryan DeBolt since 2012. Are the rumors true? Let’s find out!

Yes! Sara Ramirez revealed in October of 2016 that she is bisexual at the Los Angeles held an event of the True Colors Fund’s 40 to None Summit. She was giving a speech on women and sexuality, she revealed that she is a bisexual.

Ramirez stated that she is a woman of multi-race,’ a woman of color, queer, bisexual, Mexican-Irish American, immigrant’, who has been raised in a catholic devout family. She also said that she is interested in raising the youth’s voices so that it is heard. She also wants youths to be proud of who they are and where they come from.

Sara Ramirez twitter account has tweets supporting bisexuals and youths. She also promotes youths to speak up and be proud of their sexuality through all the print and visual media. She is honored and respected by the bisexual communities and the youths that support LGBT community. Sara’s followers and well-wishers love her for her tolerant, positive and supportive attitude.

We had seen Sara Ramirez as her character, the bisexual doctor Callie in the TV series Grey’s Anatomy but little did we know that the reality wasn’t far behind. In the show, we saw Ramirez’s character getting married to Jessica Capshaw’s character Arizona.

However, coming back to real life, Ramirez got married to her husband Ryan DeBolt on 4th July 2012. Ryan is a banker. The couple had gotten engaged in 2011 during their summer vacation in Paris. The couple got married in New York amidst close family and friends.

The couple does not have any children till date. We wonder why? Ramirez revealed in an interview that she was thinking about having children and considering the fact that the ‘clock’s ticking’. However, it has been around five years after their marriage and still, a baby is not in the picture.

Sara Ramirez is bisexual but it seems that her husband is supportive of her. Or else why would she still be married? Will Ramirez’s sexuality affect her marriage? We will soon see!

we will find more Entertainment at superbhub.com


Appreciate ur feedback."replace" & def of bisexual problematic.But I get their intention.I ❤the term "bisexual" & what it means 2 me.✌??????

Appreciate ur feedback."replace" & def of bisexual problematic.But I get their intention.I ❤the term "bisexual" & what it means 2 me.✌??????