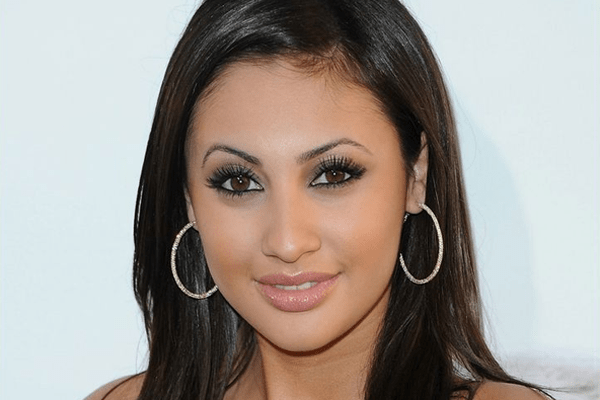 Picture credit: pinterest
Selena Gomez’s Kidney donor and an American star, Francia Raisa,  celebrated the holiday season with a cinematographer by her side.

She shared a photo of them on the Instagram and captioned, “Happy Holidays.”

The grown-ish star then took to her Instagram story to share a photo of them enjoying the snow.

And as it turns out,  these duos are in fact a couple and have been dating for few months. She looks shining and happy with him.

Doesn’t Francia Raisa deserve a man after a surgery and hectic premiere of grown-ish?

You might have never seen Chris in front of cameras because he is busy in working behind the scenes as a cinematographer. His recent cinematography was for ABC’s black-ish.

Closely looking into his Instagram, the majority of his posts are travel posts. Seems like he enjoys documenting the scenes and people from his trips.

Among many short films and documentaries that are very special to Chris is Grimshaw. The project supports a nonprofit called Engage the Vision and features how people lose their loved ones getting into the addiction. The project states, “Alcoholism and drug addiction isn’t a witnessing game. At the end, the whole family gets to play.”

We are super grateful…thank you to everyone who’s contributed to our #Indiegogo campaign. We appreciate the support!!! We chose to shine a light on a subject matter we feel should be discussed. For more info, click the link in my bio…?????? #MammothFilmFestival #FilmFestival #Grimshaw #GrimshawFilm #Writer #Actor #Producer

Apart from spotlights of Hollywood Chris is a typical Hoosiers football fan. One of his earliest Instagram posts was from Memorial Stadium.