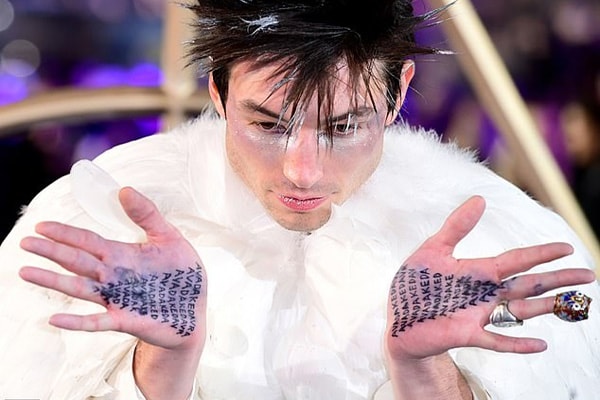 Ezra Miller is an American singer and actor who turned heads on the Fantastic Beasts: The Crimes of Grindelwald premiere. Ezra Miller’s Tattoos made a style statement on the men’s red carpet.

Who is Ezra Miller?

As stated earlier, Ezra is an American singer and actor. The inspiring actor and singer Ezra Miller’s net worth is estimated at $1 million. The million dollar star’s career boosted after he played Fantastic Beasts and Where to Find Them.

The actor has played a role in different movies like We Need to Talk About Kevin (2011)and Justice League. The award-winning actor has also worked in TV series Royal Pains.

Miller tried to relate to his fictional character which is why he \inked himself the cursed spell “Avada Kedavra” on his hands for the Fantastic Beasts’ premiere. 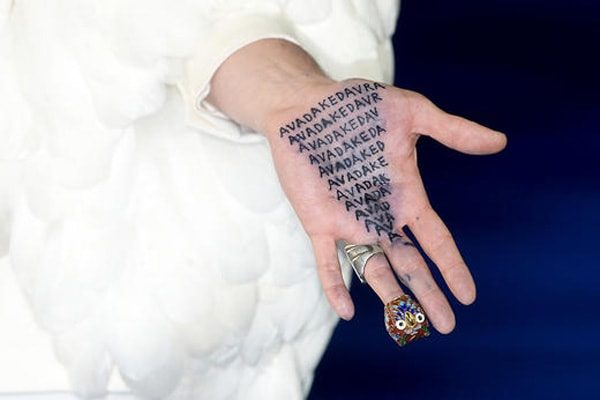 During the London premiere of the movie, Ezra Miller showed off his tattoo and stated that it was permanent.

It looks like many of his fans also loved Ezra Miller’s tattoos.

Harry Potter consists of many other spells including Accio, Expelliarmus, Lumos and Petrificus Totalus. The Harry Potter and Fantastic Beasts movies have inspired the audience to get different types of tattoos. It represents their love for the storyline.

The Deathly Hollows, Harry’s glasses, the Marauder’s map, and book page corner stars are some of the other tattoos that fans like to get.