Everything about Musical.ly star, Aaliyah Mendes! 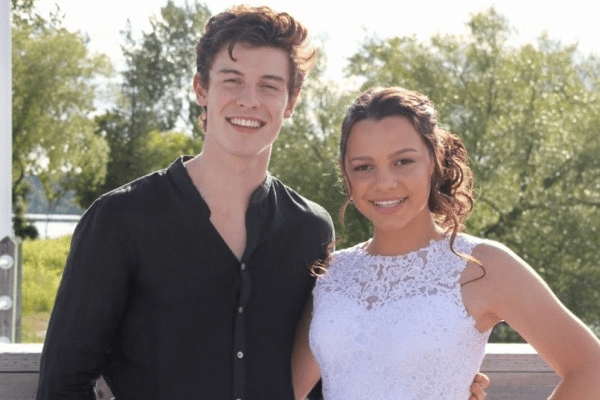 Image Source: flipagram
Today we are going to pen about the Musical.ly star Aaliyah Mendes. She has been showcasing her talent with the help of this amazing digital platform Musical.ly.

Social media star Aaliyah who just entered her teenage was born in Toronto in the year 2003. Aaliyah Mendes cuts the birthday cake on the 15th of September.

thankyou for all the birthday wishes! ❤️❤️❤️

Aaliyah is a blood sister of famous singer and songwriter, Shawn Mendes.

Aaliyah is 14-years-old, and measure ‎5′ 3” in the height and her zodiac sign is Virgo.

There are many ways to showcase your talent. But then Aaliyah chose social media to reach her audiences.

Then she had to make a shift to Musical.ly in 2014.  Her Musical.ly account is aaliyahmendess.  She has over 650,000 fans in this app. The app works well on android and ios.

Aaliyah not only impresses her fans and followers with her music videos but also amazes us with her family bond. She keeps on posting her family picture on Instagram.

She is a little princess to her family.

She posted an old photo of their family where her appearance is like a small baby doll.

Here’s little Aaliyah with her grandma.

happy 88th birthday avó, love you so much❤ xo

happy birthday to my amazing mum, who spent the entire day in a cold arena for me❣️❣️ love you xo #tb

Well, she’s a daddy girl too. She also doesn’t forget to wish her dad!

happy birthday dad! thankyou for everything, love you #big50 ❣️

proud of you @ShawnMendes ❤️

Not only Aaliyah but her brother Shawn also loves his family as he came home for his sister’s graduation. He shared a photo on Instagram saying he’s proud of Aaliyah.

Very proud of you @aaliyahmende.s , love you x

This teen singer has much more go. There’s no doubt that her brother Shawan, family and her fans will keep on supporting her.