Home / Entertainment / Is Erica Mena finally moving on after break up with ex-fiancée, Bow Wow?

Is Erica Mena finally moving on after break up with ex-fiancée, Bow Wow? 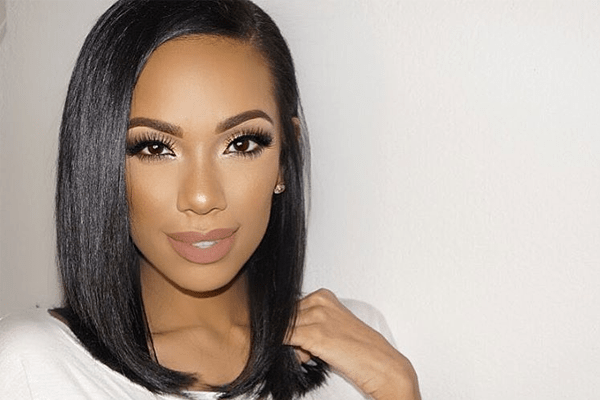 The Love & Hip Hop: New York star, Erica Mena has gained wide recognition for being a model, an author and also the ex-fiancée of hip hop rapper, Bow Wow. Mena came into the limelight when she separated with Bow Wow and had a twitter feud with his baby Mama, Joie Chavis. And now it seems that Bow Wow is in a relationship with Chavis. Is Erica Mena finally moving on?

In 2015, the couple split up because Erica made allegations that her fiancée was sleeping with his baby mama when the couple were still engaged! Enraged Erica then made claims that while she and Bow Wow were in a relationship, she had a miscarriage but was not supported by Bow Wow.

Chavis was obviously not happy with it. Shots were fired at Erica as well when Chavis claimed that Erica had no job to support her living and was publicizing the entire event of her miscarriage to get financial support out of him. Bow Wow recently posted a picture on Instagram of Chavis and him rekindling their relationship.

In her most recent twitter account, Erica Mena shared a piece of her mind to the public who is eager to known what will happen next. Mena in an assuring way wrote that she would find the one soon and be patient with it. Furthermore, she thanked god for letting the whole thing settle and give her he peace that she craved for. In an array of twitter responses, she displayed her thoughts publicly. Is Erica Mena really satisfied? Has the storm finally settled? Or is this just a show-off to ex-fiancée Bow Wow? We will soon find out.

With the usher of the month of celebration, Love & Hip Hop has finally seen some light in the darker areas of Erica Mena’s life. After the break-up, entire issue, shots fired, Erica is letting go of Bow Wow. It seems like Erica Mena is finally ready to move on. She may soon find true love on the way. We hope the best for the beautiful Erica Mena!

Bow Wow?Is Erica Mena finally moving on after break up with ex-fiancéePicture from her Twitter