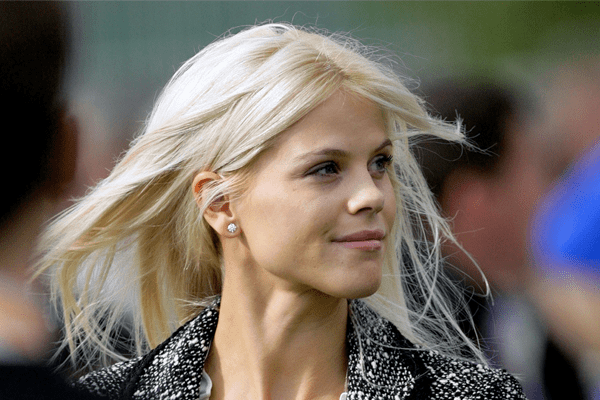 The host and beautiful, Elin Nordegren has had an exceptional professional career, however, her personal life has not been as remarkable. Elin Nordegren was in a marital relationship with husband, Tiger Woods. However, the couple broke up and Elin was single for a long time. Elin Nordegren has been moving on at present and has a new boyfriend. Let us find out more about Elin’s dating affair!

What does Elin Nordegren have to say about her divorce with husband, Tiger Woods?

The Swedish beauty, Elin Nordegren was married to the well-known golfer, Tiger Woods. The couple went on to get married in 2004. After 6 years of marriage and two children, Elin and Tiger went on to have a divorce. The divorce was highly publicized as Woods had been cheating on Elin. Elin and Tiger shared the custody of their daughter Sam Alexis Woods, and their son, Charlie Alex Woods.

While talking about their relationship after the divorce, Elin revealed that her relationship with Woods was “centered around our children” and that the family was doing great. Elin also shared that Tiger Woods is a great father.

Furthermore, Elin Nordegren revealed that she had a dream of having “two loving parents that show respect for each other” for their kids. Elin had been going to therapy after her highly publicised relationship failure with Woods.

Tiger Woods also revealed that he has been communicating with Elin better at present and that he wished they could have done that before. Woods also shared in an interview that his “priorities have changed a lot” so he is mostly busy with his kids.

Who is Elin Nordegren dating at present?

Elin Nordegren has moved on from her failed marriage. She has successfully coped up with the divorce. Elin was in a relationship with billionaire Christopher Cline. The couple dated for a year in 2013. The reason for their breakup was known to be Cline’s busy schedule.

She is currently in a relationship with musician Gavin Rossadale. Gavin Rossadale was married to singer, Gwen Stephanie. The couple had been married for 13 years and ended their marriage in 2015. Gavin Rossadle was seen going on a dinner date with Elin on 27th August 2016 in Los Angeles.  The US Weekly reported the news of their first date.