Dylan Sprouse, Age 26, Has Already Dated Too Many Girlfriends Including Barbara Palvin 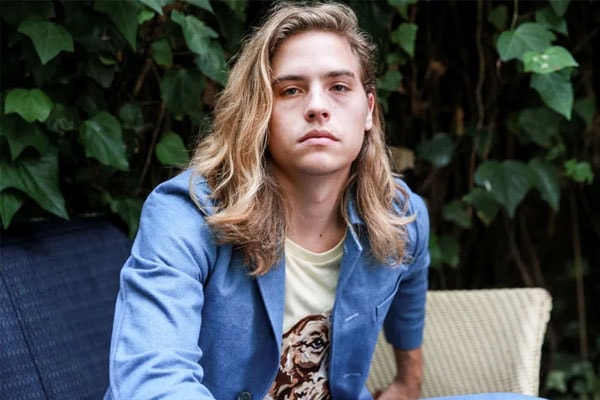 Dylan Thomas Sprouse popular as Dylan Sprouse is an American actor known for his role in Disney Channel series Suite Life Of Zack And Cody. The Disney boy, Dylan Sprouse made his TV debut in 1993 at age 1 with his twin brother Cole Sprouse who has a Net Worth of $9 million.

The lifestyle of Dylan had been luxurious since his childhood as it was under the shade of the Hollywood industry. The rumors of Dylan’s affair with different girlfriends started coming to media before he reached his teenage. After that, he has always been in headlines for his relationships and breakups. Right now, he is dating the Hungarian Model, Barbara Palvin and often been spotted in several events together.

Despite being in a young age of 26 years old, Dylan Sprouse has been alleged of dating too many girlfriends. The girl who first came in Dylan’s life was Miley Cyrus. It might sound funny to the people, but according to Dylan, he and Miley only dated for one day. Dylan was at the young age of 11 then, and Nick Jonas was one who took Miley Cyrus from him. Later on, In 2017 Dylan along with his brother Cole was linked to dating both of the Rosso Twins. Dylan had a romantic relation with Rebecca Rosso those days. 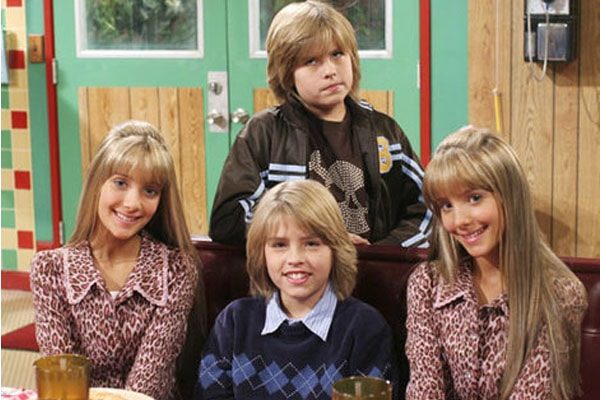 Dylan Sprouse and his brother Cole Sprouse was rumored to have an affair with Rosso sisters. Image Source: Coolspotters

After Rebecca Rosso, Dylan came up with a new loving relationship with new girlfriend Kara Crane at the age of 17. Kara Crane and Dylan came close after she appeared in an episode of The Suite Life as a guest role. The couple dated for some months and nobody knew when they parted their ways. Moreover, Dylan was once rumored for dating his BFF Brenda Song. People watched Dylan hanging out with his former girlfriend Brenda in Vancouver during their weekends.

One of the most popular stories of Dylan’s affairs came when he started dating Dayna Frazer in 2013. The former couple stayed together in a romance for almost four years. However, Dylan and Dayna broke up in the most miserable way, after Dylan started cheating Dayna. The ex-girlfriend of Dylan, Dayna Frazer posted her pic with teary eyes and captioned it with, “When You Find Out Your BF Cheated On You, Lol.” 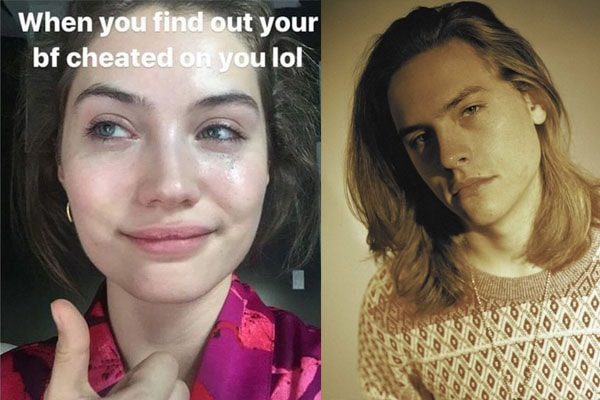 Dayna Frazer posted a crying pic of her on her Instagram profile after she got cheated by her boyfriend, Dylan Sprouse. Image Source: Dayna Instagram and Interview Magazine.

After getting indulged in affairs with too many girlfriends, Dylan Sprouse is currently dating model Barbara Palvin. The couple came in public for the first time was in Moscow, Russia while watching the World Cup finals between France and Croatia. The lovers have even posted the pic their romantic vacations in Europe together. Before, falling in love with the Disney boy, Dylan Sprouse, Barbara had affairs with singers Justin Bieber and Niall Horan. 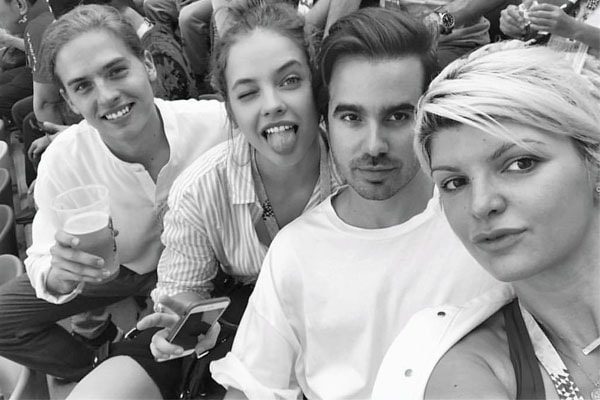 The American actor, Dylan Sprouse, and his girlfriend Barbara Palvin celebrated their vacations together at World cup in Russia. Image Source: Beautiful Ballad

The witty couple, Dylan and Barbara are seen in most of the event together. The lovers made their first public appearance at the Met Gala red carpet event in August. Moreover, they were also seen celebrating Dylan’s birthday together in the same month. No doubt, Dylan and Barbara are going to make one of the sweetest couples of Hollywood industry. Their fans are delighted seeing them together on several vacations and events. 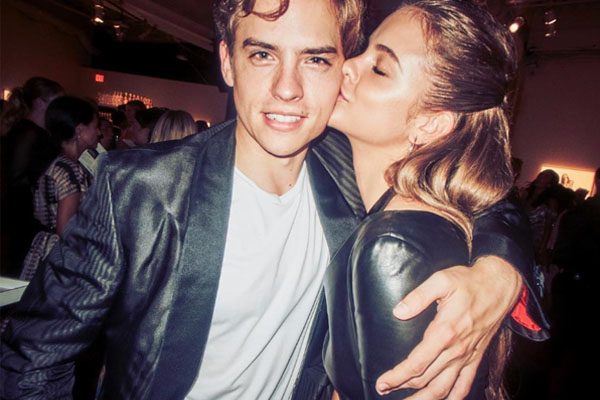