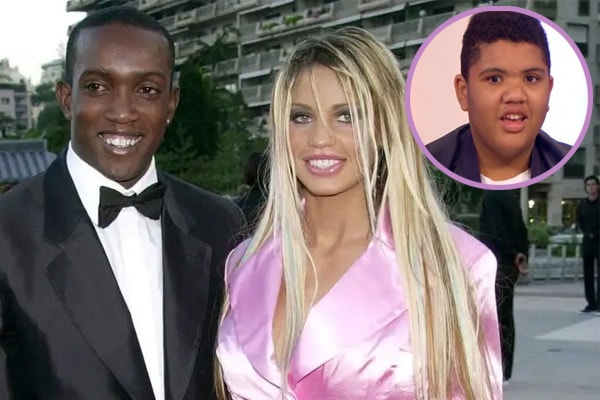 Dwight Yorke is an American soccer player famous for playing for Manchester United. Yorke is the ex-partner of Katie Price and father of Harvey Price. Katie Price gave birth to Harvey Price when she was in a romantic bond with player Dwight Yorke, But the two split up after a short relationship and Harvey stayed with his mother Katie Price.

Yorke was born on 3rd November 1971 in Canaan of Tobago. The Tobagonian nationality holder Dwight began his career in Soccer professionally in 1989 with Aston Villa. Before that he used to play at Signal Hill Comprehensive school.

The popular player Dwight Yorke is a father to Harvey Price born in the union of him and his former girlfriend and model Katie Price. Initially, Dwight denied paternity when Katie Price became pregnant with his baby after their brief romance during 2002. But later Yorke was forced to undergo DNA tests which confirmed he was the father. 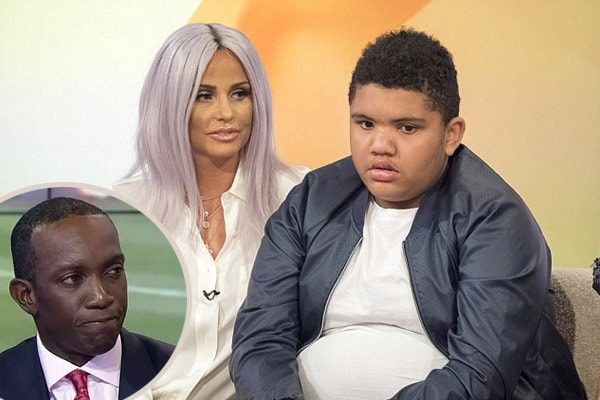 Harvey Price was diagnosed with a rare genetic disorder named Prader-Willi Syndrome and Septo-optic dysplasia since his birth. Due to the disorder, he has an underactive thyroid, diabetes and blindness. Moreover, Harvey suffers from a chronic feeling of hunger resulting him prone to obesity.

Designer and businesswoman Jordan aka Katie Price demanded £500,000 from her ex-partner Dwight Yorke for Child support. She asked the amount from him as a back-payment for her son with Yorke Harvey Price.

After blowing £45 million fortune and battling with bankruptcy Katie Price requested £500, 000 cash to support her family. According to Price, she spent millions raising Harvey and half of that should have come from Dwight. So, she shared a photo of her son Harvey Price with his father Dwight Yorke on her Instagram page asking for cash support. At the moment Katie Price’s net worth is estimated at $40 million.

Besides a son with ex-partner Dwight Yorke Katie Price is a mother to four other kids. Price has a daughter named Princess Tiaamii Crystal Esther Andre and a son Junior Savva Andreas Andre with her ex-husband Peter Andre. She is baby mama of her estranged husband Kieran Hayler’s two sons Jett Riviera Hayler and Bunny Hayler.