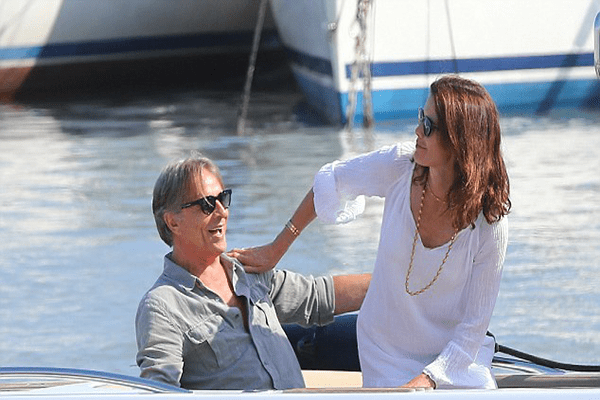 We might be familiar to hearing the name Don Johnson. But for those who don’t know, Don Johnson has gained prominence for his role in Miami Vice and A Boy and His Dog, to name a few. Johnson is also infamous for his four failed marriages. No matter what, he has always found satisfaction through his name and through his hefty net worth. Presently he shares it with his wife Kelly Phleger. Know more about his wife and his net worth.

The hunk of 1980’s, Don Johnson is a well-known actor, producer, director, singer, and songwriter. Seriously, what can’t he do? However, his proficiency lies in acting and separating from his wives. Don has been seen in hit movies and series like G.I. Joe: The Movie, Harley Davidson and the Marlboro Man, Miami Vice, Nash Bridges, and more.

Don is known to have married five times and has failed in four. His previous relationships include brief marriages with Pamela Des Barres, Melanie Griffith, Sally Adams, and Jodi Lyn O’Keefe. He has had children with most of them.

However, his marriage lasted longest with his present wife, Kelley Phleger. Johnson got married to Kelley on 29th April 1999 in Pacific Heights mansion. Kelley is a San Francisco socialite and Montessori nursery school teacher, but after her marriage with Don, she is recognized mostly as Don’s wife.

The couple seems to be enjoying a high life with an escalating financial bliss every year. More recently, Don Johnson’s net worth was estimated to be somewhere between 30- 40 million US dollars. Even at this age, Johnson has been vigorously sipping the cream off Hollywood. The couple is known to have a real estate worth $ 15 million.

Of course the couple lives in a Santa Barbara 3 acre property fit for kings and queens. They recently put up their mansion for sale at $ 15 million. Why? Because they wanted a new one! The Hollywood legend, Don Johnson is busy with his upcoming series, A Series of Unfortunate Events, and Sick Note. The couple is happy and so are their kids. We hope the best for the entire family!


And this is where I was the day before that! bentlyblower pic.twitter.com/OT8oaLH2CU

And this is where I was the day before that! bentlyblower pic.twitter.com/OT8oaLH2CU