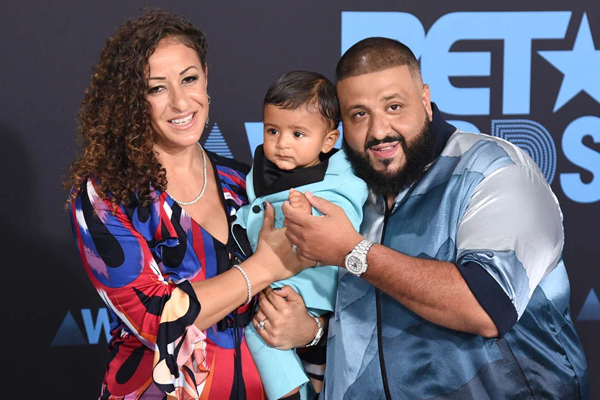 Everyone knows the two time Grammy Nominated DJ Khaled who is apparently the king of Snapchat and face of Instagram. DJ Khaled has achieved a milestone in the music scene and has come from a long road of struggle and hardship. As the saying goes that behind every successful man is a woman, likewise DJ Khaled’s wife Nicole Tuck is the unsung hero.

You have landed in the best and right place if you are wanting to know about DJ Khaled’s wife. Nicole Tuck is the dear and supportive wife of DJ Khaled with whom he has a son Asahd Khaled. Nicole often makes a public appearance on red carpets and premiers with her husband Khaled. Let’s jump to more details on DJ Khaled’s wife Nicole Tuck.

Nicole has been with Khaled in every ups and downs in his life for over a decade and cherishes their love together. Nicole is the mother of DJ Khaled’s dear son Asahd who he had made the executive producer of his album Grateful. Asahd Khaled was born on October 23, 2016, and his name Asahd means Lion in Arabic.

According to Nicole Tuck’s LinkedIn account, she got BFA from Manhattan College and graduated in 2003. Tuck received her masters in education from Fordham University in 2005. She used to run her clothing line called ABU (Always Be U) in 2011 but has stopped producing.

Nicole Tuck is of Palestine decent like DJ Khaled, the two have been together before Khaled was as successful as he is now. Snapchat King DJ Khaled taped his wife Nicole giving birth to their son Asahd. Many people did find this Intrusive but DJ Khaled had his own explanation to prove them wrong and as an approach to support.

Speaking Jimmy Kimmel DJ Khaled said that he is the king and every queen should support the king. Khaled talked to the doctor and confirmed everything was fine with his wife and son so he Snapchat the whole thing.

Platinum album selling Khaled is a funny and charismatic person. DJ Khaled made the phrase “Did the Drake Vocal’s Come in Yet?” viral on social media as he shares the video of himself asking the questions to peoples on random occasions. DJ Khaled refers his wife Nicole as honey and yells saying Honey Honey Buy the whole store out while she shops.

DJ Khaled loves his wife Nicole but is always at her nose annoying her whether it’s at a shopping mall or late at night on the bed. Khaled never misses the opportunity to annoy his wife although she loves her sometimes Tuck gets tired and leans on her husband shoulders.

Nicole jokes that she has been a mother of Khaled for 14 years and shows how well he is fed.

DJ Khaled’s Wife is way too supportive to him. Success does not come without a faithful friend.