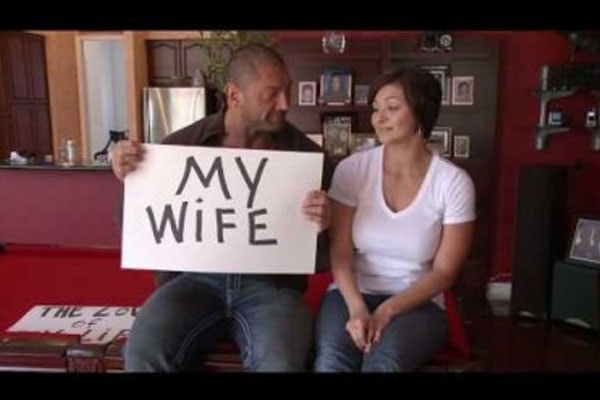 Unfortunately, the marriage did not last long, and the couple parted their ways after being together for nearly a decade. As of now, the fitness enthusiast and Dave Bautista’s ex-wife Angie Bautista is maintaining a private life.

Dave Bautista fell in love with the gorgeous young lady, Angie Bautista, at the age of 29. Their relationship lasted the entire golde era of Bautista’s career and sadly came to an end in 2006.

After her divorce with Dave, Angie Bautista has remained undercovers and hasn’t been in media. So it is unclear where she is currently residing. However, it is reported that she now works as a fitness enthusiast. 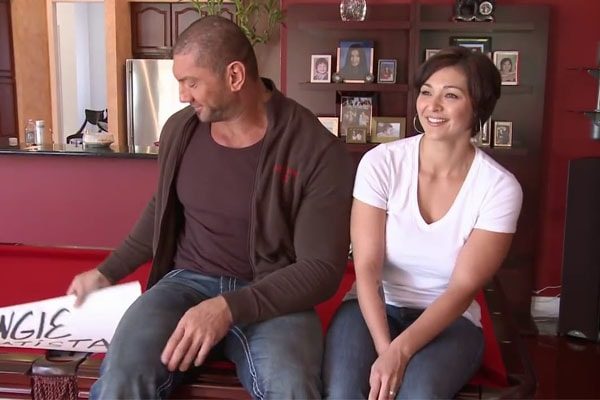 As Angie Bautista has kept her lip tight about her personal life, there is no more information regarding her parents and siblings.

Angie Bautista Is A Cancer Survivor

Angie Bautista saw different symptoms, like seeing fresh bruises on her body. She also noticed that she was always feeling weak. She initially thought the changes were due to the adjustment in her nutrition and fitness training.

Dave Bautista’s ex-wife Angie’s condition continued to worsen and had to go to the hospital. A blood test was carried out, and the tumor in the right ovary was discovered.  She got her official diagnosis on 9th September of 2002 and found she had ovarian cancer. 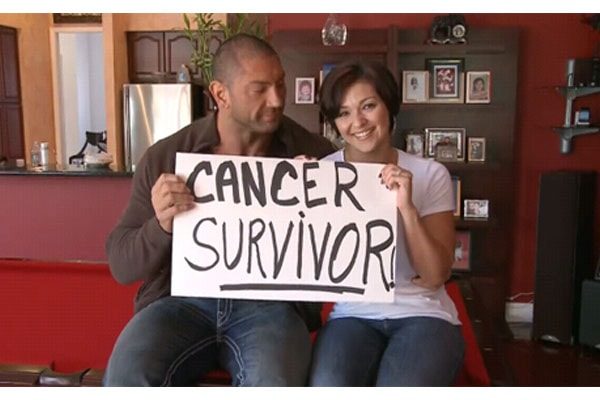 Angie Bautista was diagnosed with ovary cancer, which she was able to overcome later on. Picture source:  Ovarian Cancer Research Alliance.

Then Angie Bautista received treatment mostly consisted of the intake of two medicines, Taxol and Carboplatin. About her experience in battle with cancer, she said that “People think that people with cancer look a certain way, but cancer can affect someone who appears perfectly physically fit.”

Dave Bautista supported and raised funds for those who had ovarian cancer just as his ex-wife. Although Angie’s ex-husband’s move was unexpected and matter of astonishment, she felt the responsibility to raise funds to benefit the Ovarian Cancer Research Alliance too.

Angie is a strong woman with a beautiful personality and a feeling of empowerment. Dave Bautista’s ex-wife knows her responsibility and is proud of Dave’s movement. Plus, she wanted people to be aware of ovarian cancer. Therefore, despite her being away from media, she must be making lemonade from the lemons life has given her so far.

The ex-pair of Angie Bautista and Dave Bautista got married on 16th November of 1998. During their marriage, former wrestler developed a unique interest in a vintage metal lunch box collection.

The former couple was married for around eight years before divorcing in 2006. Even though they parted their ways, love and respect were present from both sides. In 2007, Angie Bautista and Dave Bautista welcomed their only child named Oliver Bautista. 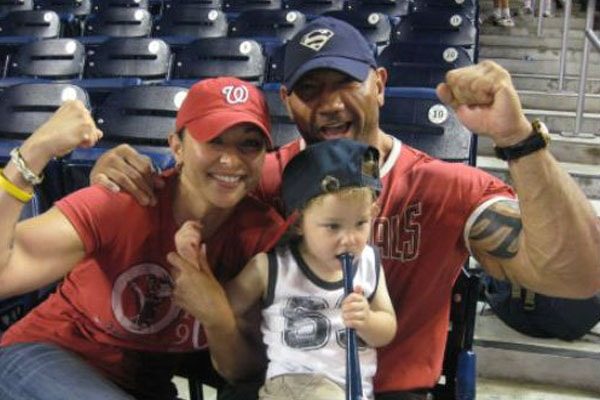 Dave Bautista’s son Oliver Bautista was born while Angie was in remission through in-vitro fertilization. She calls her son a miracle baby as he inspired her to maintain a positive attitude throughout her fight against cancer. Bautista has a great relationship with his son Oliver and posts pictures with him on his tweeter.

The sole purpose of human existence is to love and to be loved. After two failed marriages, Dave Bautista found the love of his life again and walked down the aisle with his new bride, Sarah Jade, in 2015. 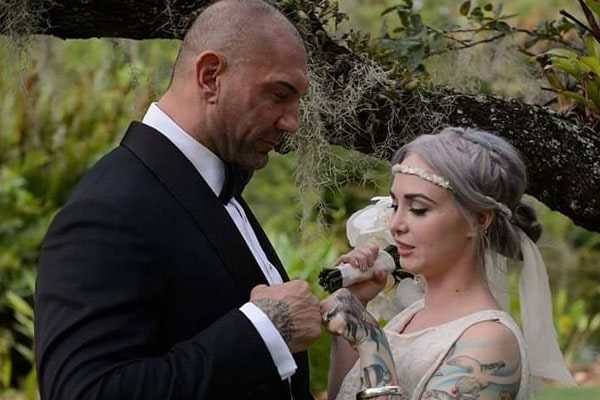 Dave Bautista and Sarah Jade walked down the aisle in 2015. Image Source: Pinterest.

Dave Bautista’s wife is a gorgeous and competitive professional pole dancer. Moreover, Sarah was crowned as Miss Pole Dance America in 2016. Despite the vast age difference, the couple remained married for four years with their pretty dogs. However, the couple could not hang in their relationship and parted ways in 2019.

Furthermore, Dave did not fell short from romantic perspectives as he announced being single in late 2019. However, it’s a mystery whom he’s dating in the meantime as he kept his love life way from the spotlight since the divorce.

As of now, Dave Bautista’s relationship status is unavailable or maybe is engaged in his career as an actor. Therefore, let’s hope, Dave Bautista, the big man with a bigger heart, enjoys his life with puppies and finds love to share with someone.

For more News, Biography, and Entertainment, keep in touch with us on SuperbHub.