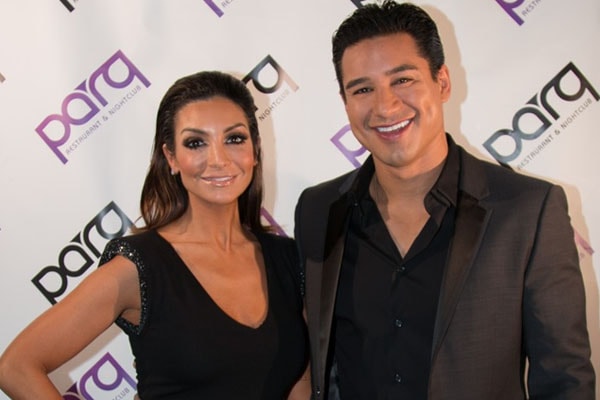 35-year-old Actress, Courtney Mazza was persuaded to have plastic surgery by her husband, Mario Lopez. The stunning actress, Mazza, is the wife of famous American TV host since 2012. Courtney is the second wife of Lopex.

The stage and screen actress, Courtney, has a fantastic figure as well as facial structures. However, the image-conscious host, Mario, is encouraging his beautiful wife to get plastic surgeries.

Moreover, the host is encouraging Courtney to undergo rigorous personal training to get her into even better shape. The beautiful brunette underwent a boob job and liposuction surgery in spring 2010. The ‘Extra’ host then arranged a photo session on the beach after the procedures were done. 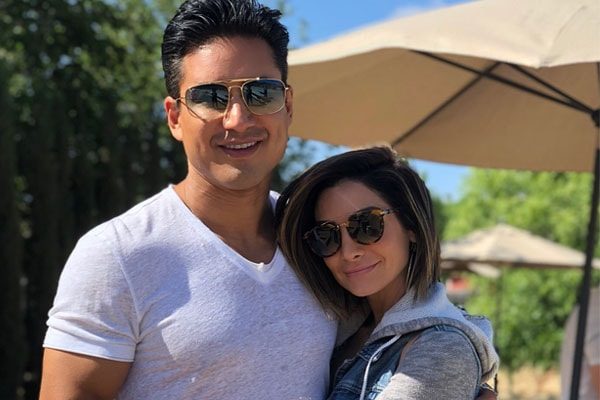 The stunning actress, Courtney, and famous host, Mario, while appearing on ‘A Chorus Line’ on Broadway in 2008. Mazza was not interested in Lopez, which intrigued him more. However, the combination of a charming and persisting personality of Mario won Courtney over. She eventually fell head over heels for the former star of “Saved by the Bell.”

The lovebirds tied a knot in the year 2012. The dream wedding was in Mexico. The happy couple has two beautiful kids- Dominic Lopez and Gia Francesca Lopez.

Courtney has a ravishing hot figure. Many of fans and followers envy her divine figure. Unfortunately, it seems that Mario needed Courtney to make a few improvements before he could be as equally smitten. 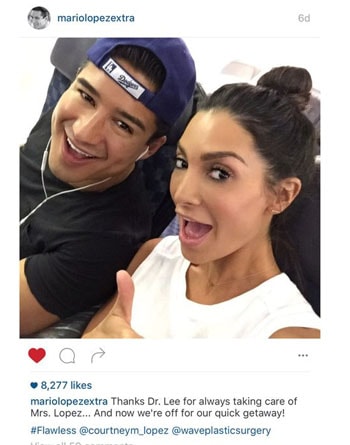 The “perfect” host started nudging Courtney to perfect her already amazing looks once they got together in 2009. Mario has an obsession with his and his wife’s image and wants the world to see a perfect version of themselves. The obsession is up to the point that his book’s name is ‘Extra Lean.’

Moreover, the fitness-obsessed host exercises for at least an hour a day, bikes, swims and so on. Mario wants his already beautiful wife to follow in his footsteps.

However, a representative for Lopez said that the news was fake. Also, the couple was focusing on the birth of their first child in 2010.