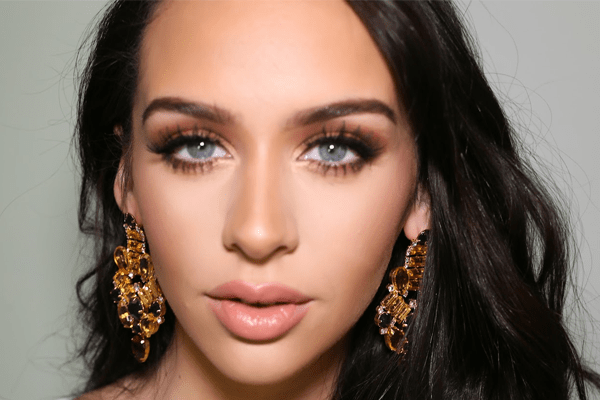 All of us make up and workout freaks, and YouTube binge watchers may know the power couple, Carli Bybel and Brett Cap from their exceptional YouTube videos. The couple has been in a relationship for three years. They have been taking their relationship slow and steady. But hey, slow and steady wins the race, right?

The sexy New Jersey beauty, Carli Bybel came into the lime light after her ‘Megan Fox Makeup Tutorial’ became massively renowned. Since its release, the video has till date garnered 4 million views from around the world. After this eminent video, Carli’s YouTube account, CarliBel55 has earned more than 5 million subscribers.

Alas, for all the expectant single men out there, the American beauty, Carli Bybel is in a long term relationship with her boyfriend, Bret Cap. Brett is also a YouTuber. His YouTube videos have also gained wide coverage. Brett Cap makes work out videos.

The couple met each other through Carli’s elder sister Amanda’s classmate. They had met when they were children but began dating only after Bret reached his final year and Carli began her freshman year. The relationship seems to be growing eventually. Carli revealed in a Question and Answer segment on her YouTube channel that she has moved into Cap’s apartment in October 2013. Both Cap and Bybel appeared in the video together and gave us relationship goals with their adorable tweaks. Wouldn’t we all like a relationship as cute and loyal as theirs?

She has also gained prominence through her website called the Beauty Bybel. Ingenious name, isn’t it? Carli also runs her blog, The Fashion Bybel which is equally successful. Moreover, she has also collaborated with Misguided to bring out pastel color palettes and beauty products. She has already designed her 14 color eye shadow and highlighter palette. Her fans are super excited to try the products out. While, her boyfriend Brett Cap is busy with making work out videos.

The couple is adored by the public. Their videos are watched mostly by the youths who are addicted to work out or makeup. Carli Bybel is a makeup guru for the girls while boyfriend Brett Cap is the work put guru for boys. They are certainly a match made in heaven. Carli and Brett’s fans hope to see the adorable couple gets married soon. Best regards for their careers and personal life!


You guys please stop trying to order it. I am having them remove it off the site.

You guys please stop trying to order it. I am having them remove it off the site.